Carlos Molina trainer stated that Amir Khan has picked a wrong opponent for the 15th December 2012 match. Amir
Khan has been making a comeback with this match so it was much imperative for him to make the choice of some weak contender but Amir Khan surely have to pay back the biggest amount for this blunder. 27 years old Amir Khan has been facing many losses during the last one year and in he unfortunately lost this match then he will be all finished with the boxing career. 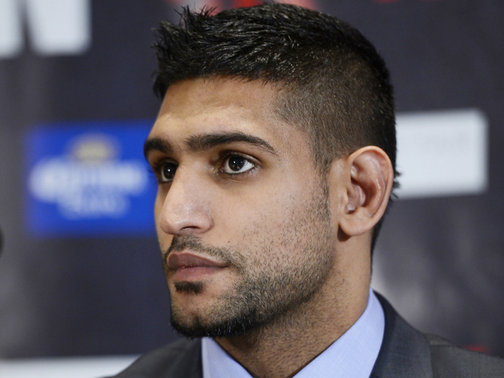 Carlos Molina stated that after beating Amir Khan he is complete sure that Amir Khan will feel sorry over his comeback opponent choice throughout his lifetime career. Amir Khan has never get the chance to showcase his magnitude and talent over the whole world but this time he has undertaken with such exercises and trainings that would surely help him in highlighting his skills within the ring.

He said that this would be the first time when he will feel his own punches. But however when you see someone making such great efforts then you normally gets afraid and the same thing is happening with Carlos and for that reason he has expanded his weight to 140 pounds for the match.

He taken this step because he is aware from the punches of Amir Khan but he is sure that with an increased weight Amir Khan would not be able to punch much hardly. At the end he stated that Amir Khan is fully aware from the past records but still he make the choice of me as his comeback opponent but he is sure that this wrong choice will appear as much valuable and he has to pay gig amount for this mistake at the match of 15th December 2012.