Pakistan has the dubious distinction of being one of the ten top corrupt countries in the world. The malaise is too deep and wide to be eradicated so much so that common people have become despondent to the point of apathy. Pakistan has become the country of scams, corruption, graft as well as scandals. Today, Pakistan is the eighth most corrupt country in the whole world. We would like to mention that bribery, illegal donations and kickbacks are the biggest problem of Pakistan. They have become endemic, part and parcel of our life. Go to any department, hospital or office, you will find corruption ubiquitous. Even, we want to say that accident victims are not spared. In Pakistan, corruption has been eating into our vitals in spite of moral teachings, slogans and learned lectures from the political platform against corrupt practices. People in high places are indulging in corruption with impunity. There is no exemplary deterrent against the corruption. 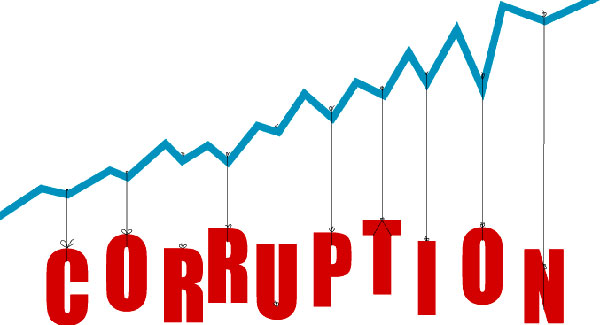 Corruption in Pakistan has been eating into our vitals in spite of moral teachings, slogans and learned lectures from the political platforms against corrupt practices. Corruption percolates from above and gradually reaches all the lower levels of the society and administration. There is collusion and nexus between anti social elements, mafias and criminals. There is no limit for money laundering and a parallel economy exists there with their blessings. In Pakistan, the long run of corruption reaches everywhere. Dacoits and corrupted people are sitting in Parliament and legislatures. Time has come when the people should wage a relentless war and crusade against corruption and corruption practices.

We would like to mention that Chief Executive of Pakistan has given a clarion call to end this menace of corruption. For the eradication of corruption in Pakistan, there should be exemplary punishment for officers, ministers and all other people who practice corruption. There should be accountability and responsibility for all the actions and decisions. Nepotism and favoritism should be deal with an iron hand. Public should be aroused against the corrupt so that people in authority do not become law into themselves and hold the country to ransom by their corrupt, selfish and narrow minded practices.

On whole after discussing corruption unlimited in Pakistan it is easy to conclude that it is important for the Pakistani government that it should be eradicated as soon as possible. Because corruption in Pakistan causes so many problems and other social issues.