In his message to the traders and shopkeepers of The Mall in Lahore, Dr. Tahir ul Qadri asked them to keep their shops and businesses totally open, he further added that security of every shop on Mall Road was his and he is responsible any damage is done he further added that he and his party will compensate for the damage. 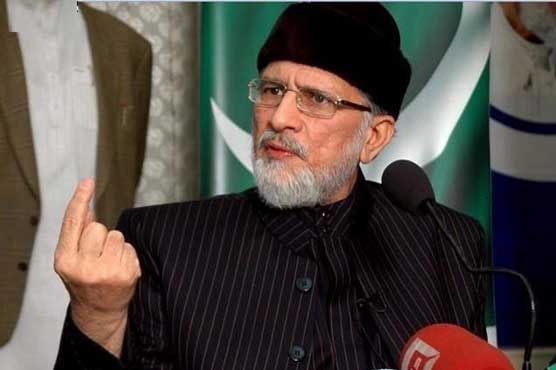 He assures that our workers will provide full proof security to your shops and thousands of people who are attending this sit-in and they all will do shopping which help them in their sales will register extraordinary increase. He said that the traders of Mall road Lahore not to worry about anything.

The Pakistan Awami Tehreek Chairman Dr Tahir ul Qadri has said that justice has not been served properly despite the passage of two years. He has said that those who killed in Model Town tragedy were innocent people. He further says that assemblies and police stations have become business markets where justice is compromised openly and consciences are bought.

He further added that the present so-called democratic system of our country stands on the most poor’s sobbing and this front wall in the name of democracy would not go on forever in our country. He has said that the purpose of holding this protest on Mall is only to seek the justice for the victims of Model Town Lahore.