Here we will discuss 34th Men Hockey Champion Trophy Indian vs Pakistan live hockey match that will be held 9th December 2012 for the bronze medal.  In this post, we will discuss the brief performance of both the hockey teams. This hockey tournament is considered to be 34th men champion trophy tournament and it took place in Australia from 1st December 2012 to 9th December 2012. Leading hockey teams participated in this tournament such as India, Belgium, New Zealand, Pakistan, Australia, Holland etc. Now we would like to mention the performance of India and Pakistan. 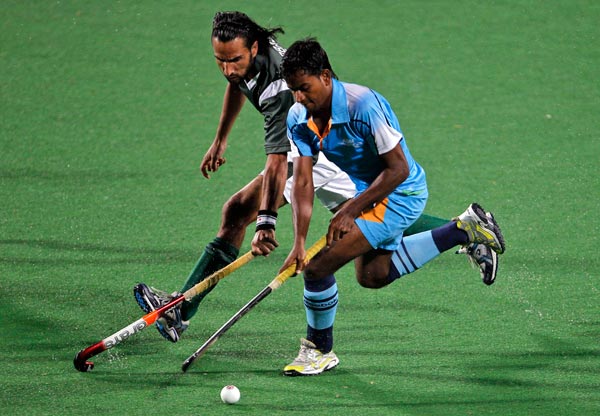 Firstly, we would like to discuss the performance of Indian hockey team. Initially, India performed incredibly in all hockey matches and reached the semi-final stage. But unfortunately, Australia defeat India with the score of 5-0. Now Australia qualifies for the final hockey match. Now India will play hockey match with the Pakistani hockey match for winning the bronze medal.

Hence we can say that India and Pakistan hockey teams performed incredible in this tournament. Now they have to play well for winning the bronze medal. For hockey fans, we would like to mention that this exciting hockey match will be taking place on 9th December 2012 in Australia. So all Pakistanis and Indians should adjust their schedule for watching this exciting and thrilling match. We hope that Pakistani hockey team will perform incredible and should prove their patriotism.