Here we have all the best details regarding the Mujhe Khuda Pe Yakeen Hai Title Song / OST MP3 Downloada and lyrics. This serial is one of the newly telecasted dramas on Pakistan small screen. This serial is all becoming the lime light of HUM TV. If you missed out knowing about the Mujhe Khuda Pe Yakeen Hai then this article will going to provide out all the details about it.

In the below we have the list of the main cast of the serial:

This drama has been directed by Barkat Siddiqui and the story line has been all written by Seeema Munaf. This serial has been all arrived on the television screens on 13th August 2013 and is broadcasted on 8:00pm.

The title track of Mujhe Khuda Pe Yakeen Hai has been already winning the hearts of many people. This song has been sung by Shariar Tiwana and the lyrics have been written by Asad Ali Khan. The song has been all composed by Raheel Fayyaz.

The main story of the drama has been all based upon the love, hatred, deceive, misery and revenge. This story revolves around the love of four couples. This complete story has been all revolving around the ordinary troubles and problems. It is after a long time that Ahsan Khan and Aisha Khan will be one more time going to be back yet again on the small screen after their successful serial “Parsa”.

You can even get in touch with this webpage for knowing more about this drama and its OST MP2 download as well. So all the fans out there don’t miss out watching the next episode of Mujhe Khuda Pe Yakeen Hai and we are sure that you will love the storyline of the serial. 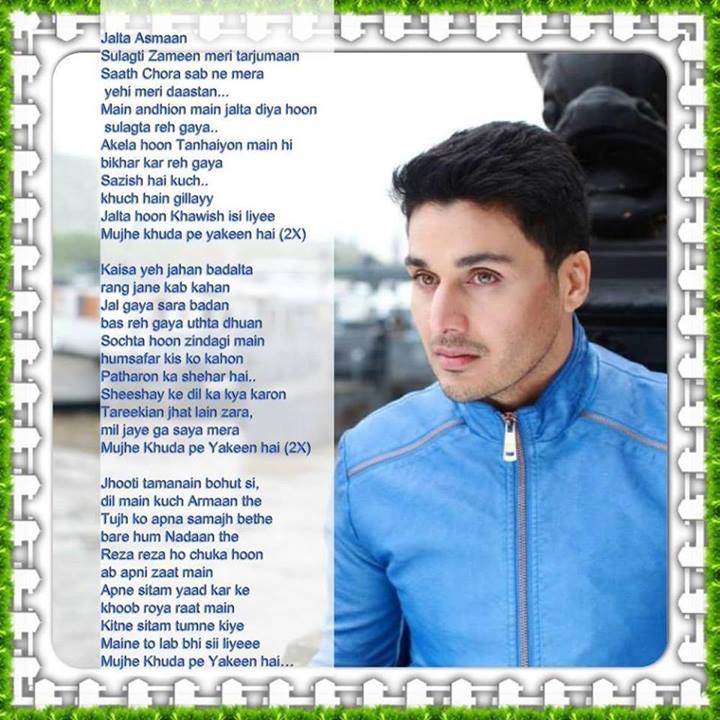