In this article we will going to highlight down Nelson Mandela biography and history. There would be no such single person who would not be known with the name of Nelson Mandela. He is one of the well known South African Activist and former President of South Africa. Nelson Mandela is the member of African National Congress party which was established in 1940s.

he was famous for his peaceful protests as well as armed resistance against the white minority’s that even forced him to stay in the prison for nearly three decades and enforced him to get through the antiapartheid movement equally inside his country and internationally. 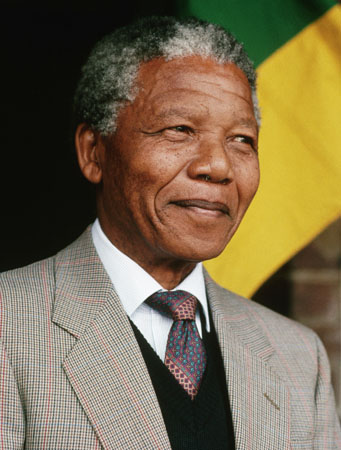 Nelson Mandela was born on July 18, 1918. He belongs to the Royal family of the Xhosa-speaking Thembu tribe in the South African village of Mvezo.

His father named as Gadla Henry Mphakanyiswa was a chief and his mother as Nosekeni Fanny was the third of Mphakanyiswa’s four wives. Nelson has nine sisters and four brothers. In the year 1927 at the age of 9 years old his father got died after which he was known with the name of Rolihlahla.

Nelson was the very first in his family who received the formal education. He completed with his education from a primary school named as local missionary school. Afterwards he went to Clarkebury Boarding Institute and Healdtown which was a a Methodist secondary school. In this institution he learnt himself in boxing and track as well as academics.

In the year 1939 Mandela made him entered into the elite University of Fort Hare.

He finished with his Law education from University of Witwatersrand. In the year 1944, Mandela become the part of African National Congress (ANC) and worked along with Oliver Tamboy to make the party a successful youth league, the ANCYL. In the same year he got married with Evelyn Ntoko Mase (1922-2004) from which he had four children. Then in the year 1957 he got divorced.

ROLE OF NELSON MANDELA AS PRESIDENT OF SOUTH AFRICA:

In December 1993 Nelson Mandela was awarded with the Noble Peace Prize for his services.On April 26 in the year1994 almost more than 22 million South Africans came out of their houses for casting the votes and made Nelson Mandela as the president of South Africa.

An overwhelming majority chose the ANC to lead the country, and on May 10 Mandela was sworn in as the first black president of South Africa, with de Klerk serving as his first deputy. During the time of his presidency he established Truth and Reconciliation Commission in order to get through the investigation of human rights and political in between 1960 and 1994. He was the very first president who put forward social and economic programs for the purpose of improving with the living standards of South Africa’s black population.

In the year 2001 Mandela was found with the disease of cancer that even lead to various health issues as well. In the last few years he has been facing failure in his body health. On 5th December 2013 Nelson Mandela got infected with the lungs infection and at last met with his death.