PEMRA has banned Dr. Aamir liaquat show for an undefined period of time. Dr Aamir Liaquat was doing a programme on the platform of Bol Tv by the name of Aisay nahi Chalay ga.

Furthermore, PEMRA was receiving numerous complaints about hate speeches by Aamir Liaquat. PEMRA has said that there are a lot of reasons for this ban but the main thing is that he was continuously being observed by PEMRA over the spread of hatred among the nation. He was constantly violating PEMRA’s code of conduct as well as rules and regulations of the channel.. Mr. Liaquat was also accused of threatening the life of a lawyer and social activist, Jibran Nasir. 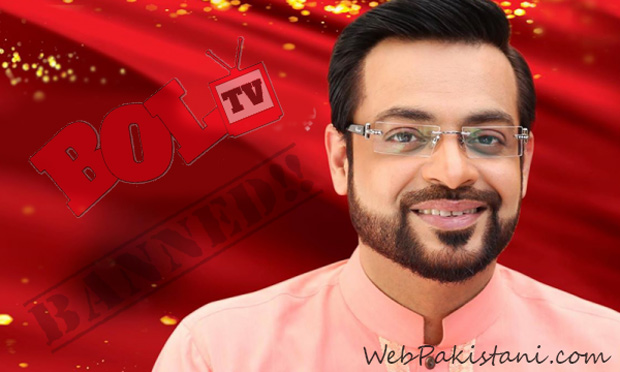 According to the notification, Aamir Liaquat shall not host any programme or appear on TV in any manner. PEMRA also stated that failure to act in accordance with the above orders in any way by the BOL News management will result in suspending BOL News channel’s license.

Though Pakistan is a Democratic Country and it gives its residence freedom of speech but it does not mean that you can say anything against anyone on social media. There are certain rules and regulations fixed which everyone has to follow in order to maintain a peaceful environment in the society.