Here we will discuss PML-N election 2013 manifesto. As we know that general elections of Pakistan will be held on 13th May 2013. So these days every Pakistani political party is announcing its election manifesto. Few days back, Pakistan Muslim League-Nawaz announced its manifesto for the general elections of Pakistan 2013. The manifesto was introduced by the leader of PML-N named as Nawaz Sharif. 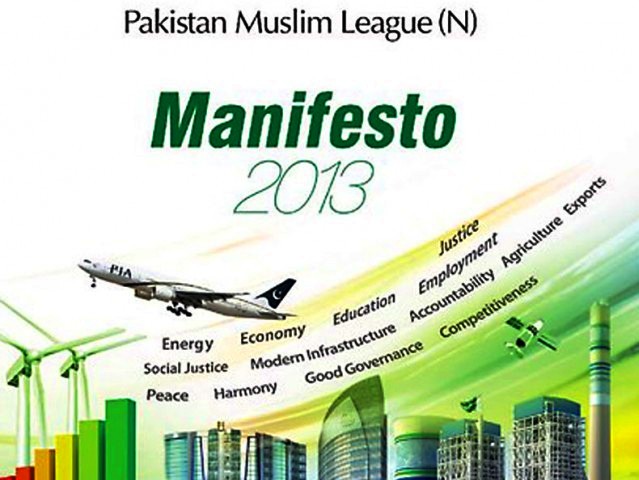 On the whole after discussing the PML-N elections 2013 manifesto it is easy to conclude that the above mentioned points shows the manifesto of Pakistan Muslim League-Manifesto. The above mentioned points clearly shows the mission and goal of political party. In the final conclusion, we can say that we should say best to luck to the Pakistan Muslim League-Nawaz that should get success in the general elections for the implementation of their manifesto successfully.