The original soundtrack [OST] is produced, mixed, mastered and sung by acclaimed musician Shiraz Uppal at S.U Studios in Lahore. The lyrics for ‘#3Bahadur’ title track have been penned by Shakeel Sohail with Umair Hassan as the project assistant.

With Sharmeen Obaid-Chinoy, Salman Iqbal and JerjeesSejaas the Executive Producers, the music video for #3Bahadur title track has been directed by Husain Qaizar and Nadir Siddiqui with Vivian Xavier as the Director of Photography, Wasif Arshad as the producer, Adil Malik as the Associate Producer, set design by Pervaiz Ahmed and JavedShamsi with Husain Qaizar as the editor. 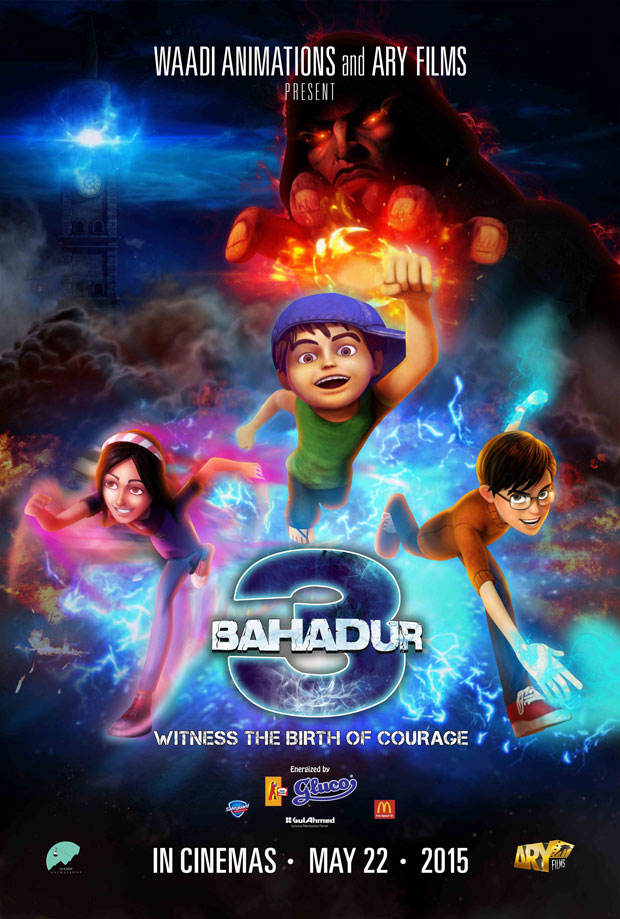 “It was an immense pleasure working with Sharmeen and her entire team for 3 Bahadur. Doing the soundtrack of 3 Bahadur was quite challenging and engrossing being Pakistan’s first animated movie where youth was the target audience. While making music for usual films I try to put myself into the given situation where I relate to the character but in this case relating to animated characters instead of humans was very difficult initially but later I started enjoying when I thought I was one of them. I am sure this film is going to make a benchmark for the rest to come. I was given a complete creative freedom by Sharmeen and I tried to put in my best efforts so I wish and hope that the audience enjoy the songs as much as we do” said Shiraz Uppal.

#3Bahadurpromises to set a new standard for animated fiction and content geared towards children in the country. Based in a fictional town in Pakistan, RoshanBasti (Town of Light), eleven year olds Amna, Saadi and Kamil set out to save their community from the many evils that plague it. The film is a journey of fighting back, taking charge, and finding support and love in the most improbable of places. Sharmeen Obaid Chinoy, CEO of Waadi Animations, is also the Creative Director of ‘3 Bahadur’ with ARY Films extending its expertise in distribution and marketing of ‘3 Bahadur’.

Waadi Animations will also be launching the official #3Bahadur smartphone video game for Android and iOS based platforms which will be launched on 28th April 2015.

Waadi Animations, a joint venture by SOC Films and ARY Films, will be sharing more details regarding the production, voice actors and crew members on their official website, http://3bahadurmovie.com/.