It possess the capacity of 30,000 people indoor and outdoor it can be accomodated by 70,000 thousand people at a time. The style and architecture of Bahria town 7th largest mosque in Lahore is greatly influenced Sheikh Zayed mosque and Badshahi Mosque. It costs around 4  billion rupees on its construction. 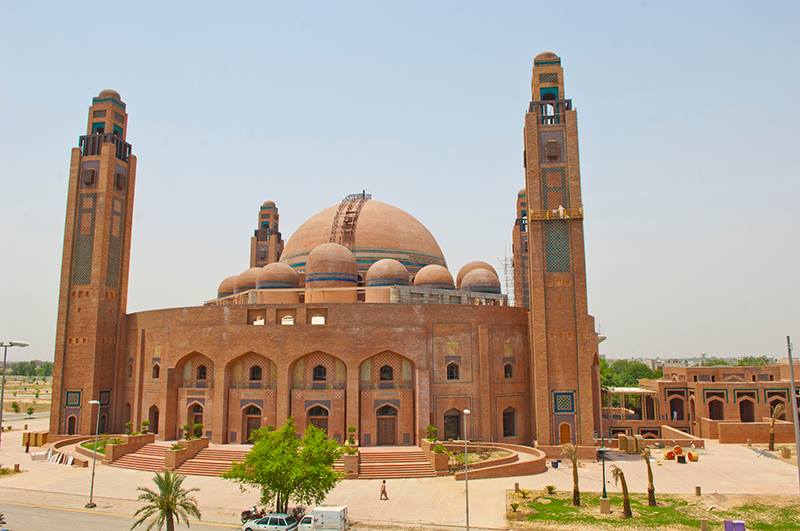 This mosque consists of four huge Minarets each comprises of 162 feet long and a great dome is surrounded by twenty other smaller domes, which looks extremely fascinating to the viewers.

Around four million multani tiles are used in the exterior part o this mosque and it took almost 4 yeas to only arrange these tiles. Imported carpets from Turkey and over 50 chandeliers are arranged in it. Chandeliers are brought from different Asian countries. Amazing Eye-catching calligraphy has been done on the walls of this mosque.

Bahria Ton 7th larget Mosque in Lahoe also comprise of seperate praying area for women and an Islamic art gallery which is located in the basement of the mosque.

These all prominent specification made this Mosque the world’s largest Moque in terms of its area.