Right here in this article we will be sharing with the jam-packed details all about the British Fashion Awards red carpet 2013 star arrivals and photos. On the month night this happening was undertaken which was all filled up with the shimmering lights and glittering stars. On the red carpet there were many stars and celebrities that sizzle all along with their bonded ones and loved ones.

Some of the stars were captured in their stylish outfits that simply take away the heart beats of their fans. In this post we are sharing some of the pictures of British Fashion Awards red carpet 2013 star arrivals. 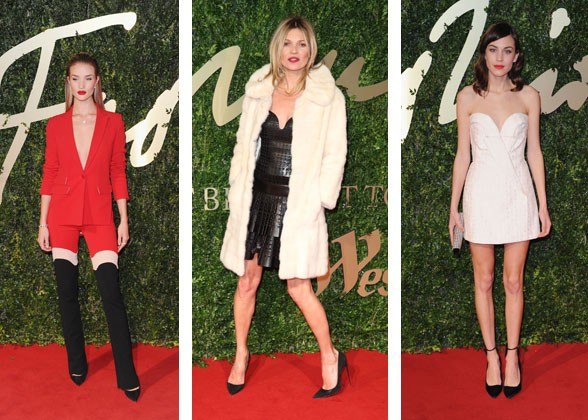 In the British Fashion Awards 2013 we even captured Portia Freeman. She was looking stunning in her outfit as she was all dressed in black Temperate London long-sleeve gown with a gold crystallized yoke from the Pre-Fall 2013 collection. She was all styled in the retro wavy bob by keeping the black-and-gold theme going in the company of her Jimmy Choo clutch.

Steela Tennant even sizzled herself in the red carpet as she was wearing the dress that was all inspired from the head-to-toe military inspired Alexander McQueen Spring 2014. She was earning peplum jacket, harness top and trompe l’oeil trousers styled in the midst of a skull-clasp signature clutch, ‘Maya’ sandals and a selection of pendant necklaces.

On other side Amber Le Bon was looking glamorous as she walked on the red carpet all along with her mother Yasmin le Bon. She was wearing stunning velvet grey strapless gown with a plunging neckline styled with a black Smythson clutch. On the last we have the model of the year named as Edie Campbell who simply holds the heart beats. She was wearing cape with a feather accent at the back, sheer top and turned up jeans.