Churches in Lahore: A church building is commonly known as a Church. It is building that is commonly used for religious and worship activities.

The term church in its architectural sense is simple used by the Christian. A place for Christian which is refers their religious building, and this can be used by other religion. Traditionally architecture of church is often constructed in the shape of a Christian cross.

Lahore is a province of Punjab and the 2nd largest metropolitan area in country and 16th most populous city in world. It is one of the most important historical centres in South Asia and in Lahore large number of people from different area or religion has their residential here. So people belong to the religion of Christianity also live here and visit their religion place Church of and on. In Lahore most famous churches are In Lahore.

Sacred Heart Cathedral was consecrated by Bishop Fabian Eestermans, Bishop of Lahore on November 19 1907.The design of this Cathedral was made according to the Roman Byzantine style by a Belgian architect, Dr. Dubbeleere of Antwerp.

Cathedral is considered as the principal church of the Roman Ctholic Archdiocese of Lahore On the Centenary Day of the Cathedral by the Government of Pakistan a special commemorative postage stamp was released.

In Lahore the 2nd most famous church in Lahore and it was built by the British in 1899, for the Christian employees of the Railways, in the Neo Gothic style of architecture that was prevalent at the time.

Location: This church was built near Lahore Railway station and is this church is also known s Railway church.

In 1899 the church was consecrated. It was also commonly called the Railway Church. This church was built to improve relations between Muslims and Christians; a Christian-Muslim meeting has organized by the officials at St. Anthony’s Church on 19 November, 2005 and this church also formed as a Christian-Muslim Rabita or cooperation Society in Lahore.

This church is located on Sarfaraz Rafiqui Road Lahore and it is one of the oldest churches of the Roman Catholic Archdiocese of Lahore in Pakistan. It was blessed on 31 October, 1853. St. Joseph’s was originally built to serve Catholics in the British Army. 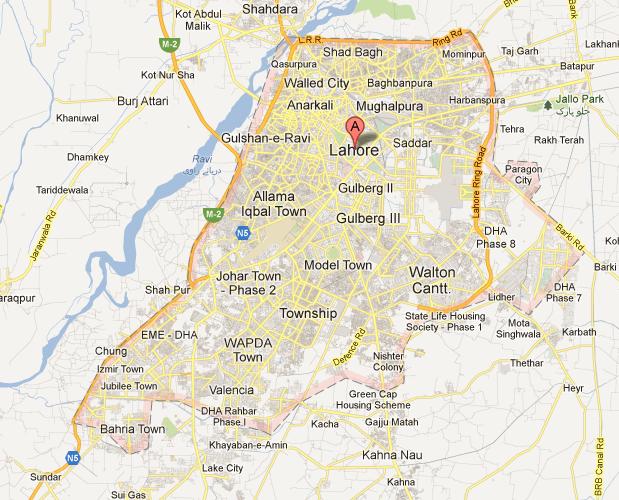