HEC issued the ranking of Private and Public universities of Pakistan. HEC report of ranking education institution has been released every year and this time they released these ranking Universities in 2016.

If we have look on previous year’s ranking list Quaid e Azam University, Islamabad again at the top with the relative score of 100 in Overall Top HEI’s of Country similarly University of Punjab placed at 2nd position and NUST University obtained 3rd position in ranking list.

HEC ranked the universities on the basis of following categories.

The ranking criteria and score that define by the HEC is following on basis of these criteria they ranked the Universities of Pakistan.

List of ranking of Universities by HEC in year 2016: 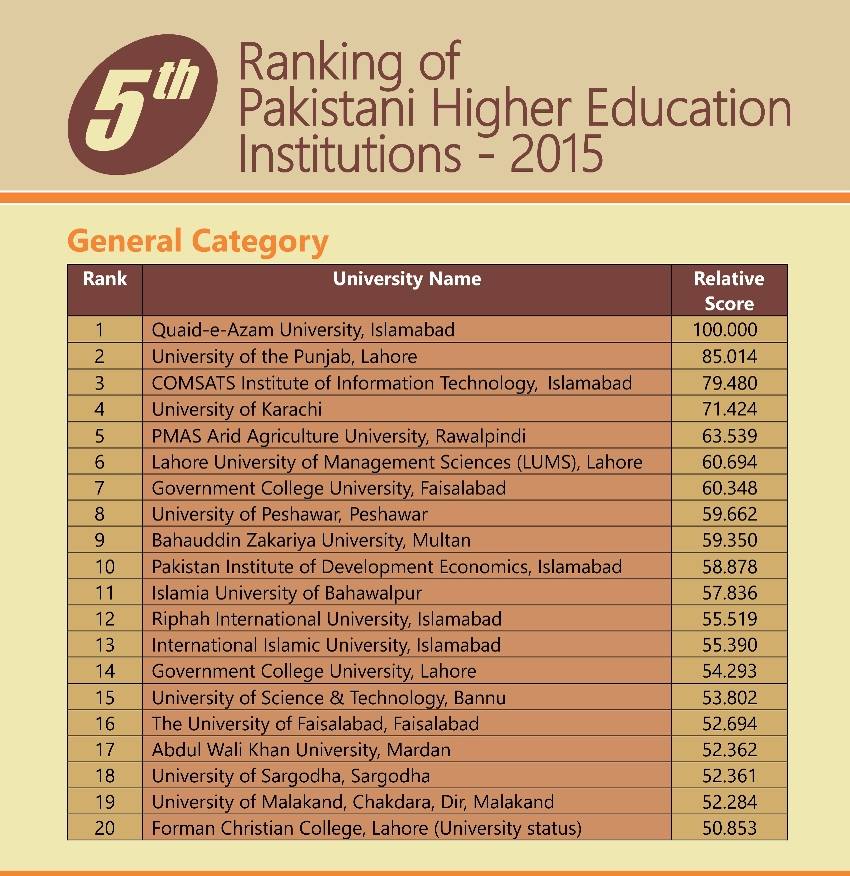 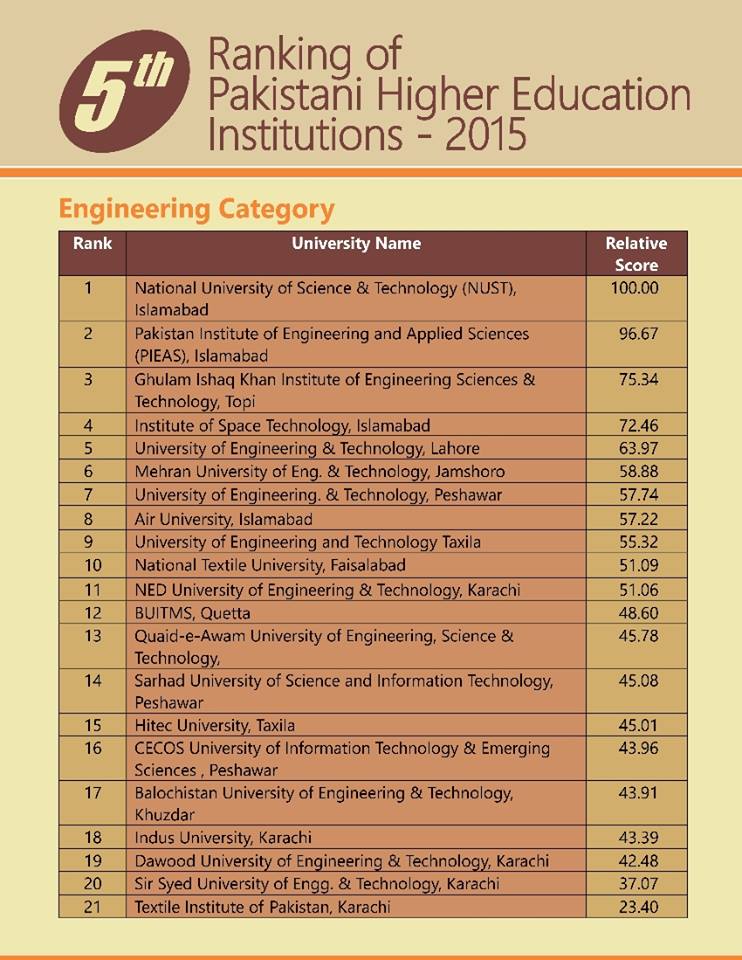 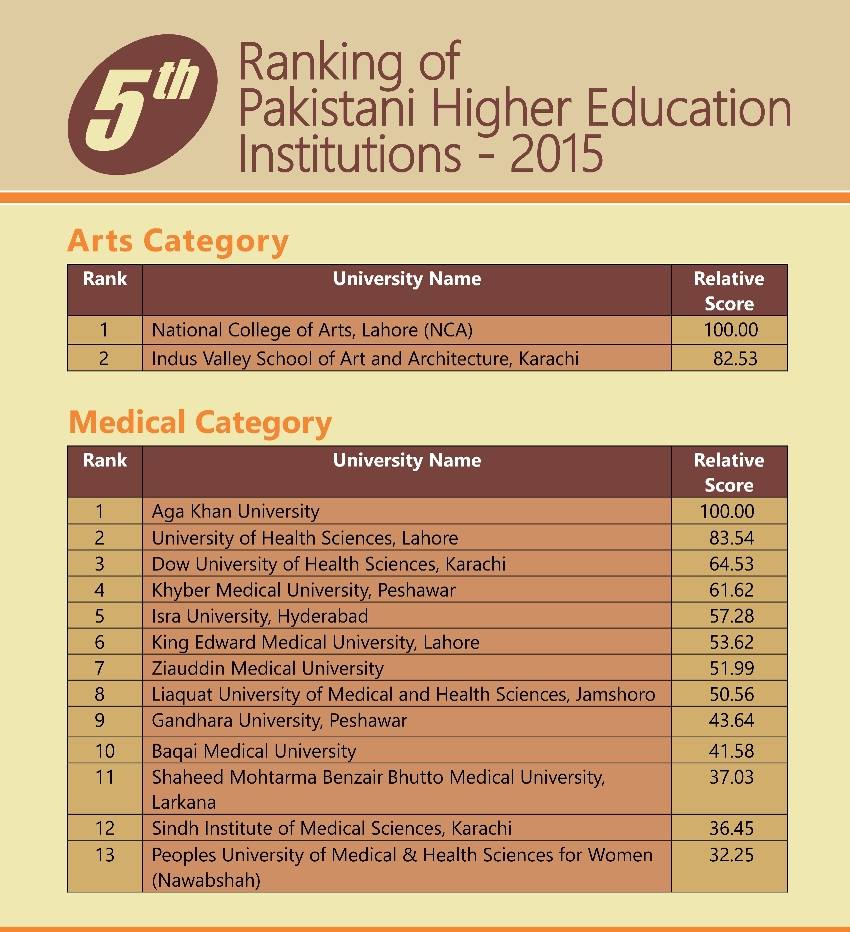 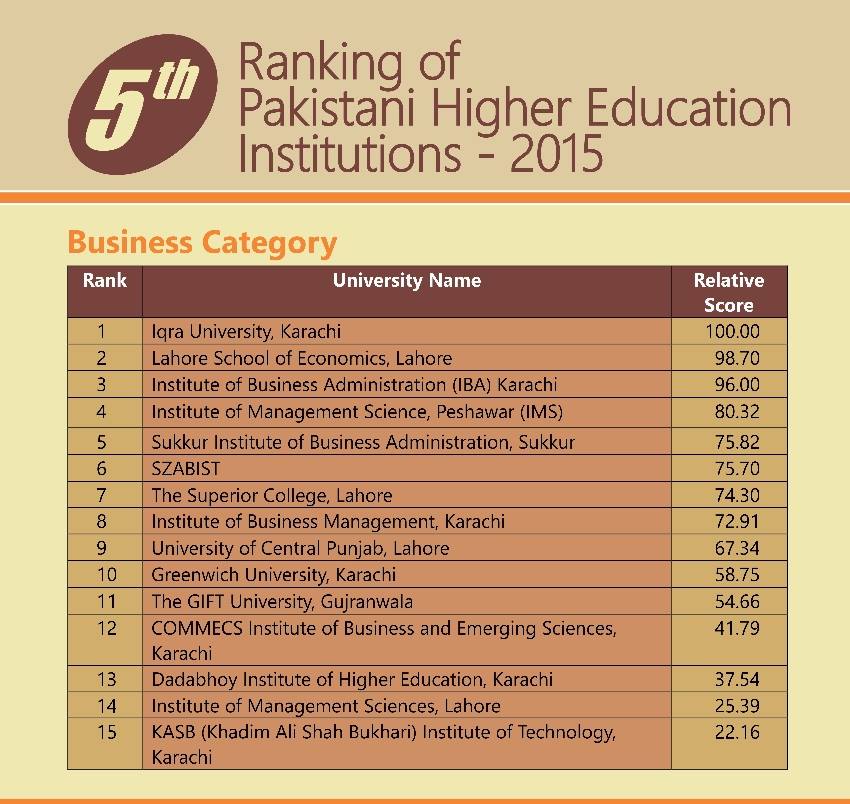 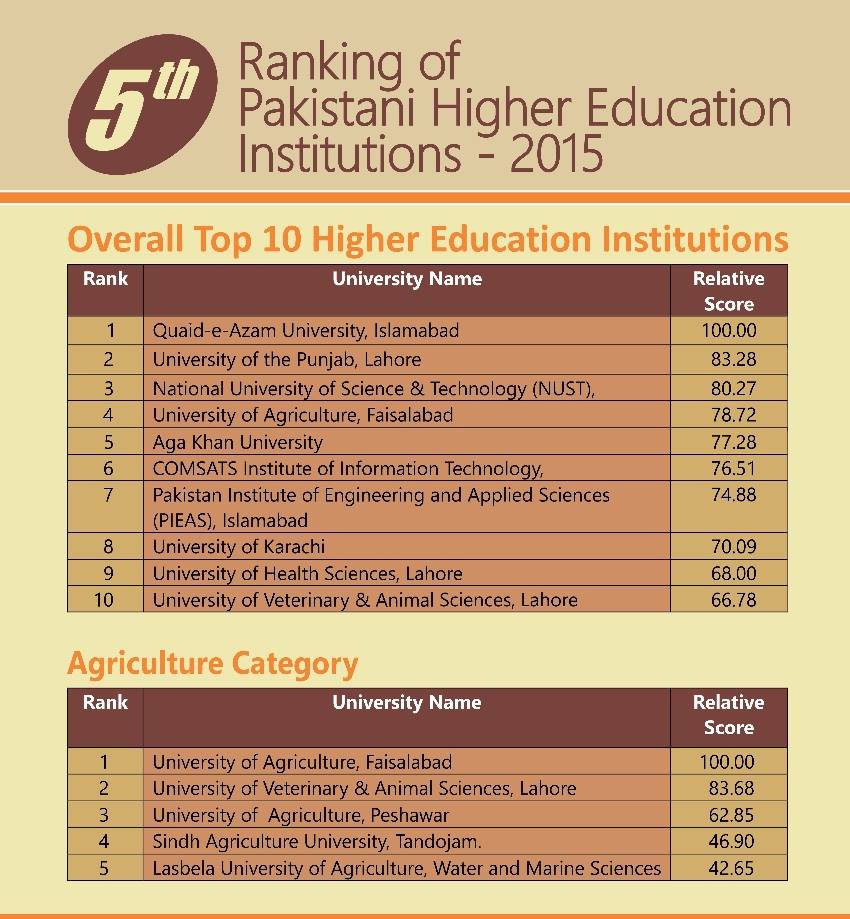