HTC Announced Desire 300 Full Features and Specifications: A mobile phone generally used for calling, texting, and a bit of social networking. But mobile companies made it easier and interesting by introducing amazing features in mobiles. These features attract the mobile users. Similarly HTC gives the best mobile phones in the mobile market.

HTC is now focusing on the budget market and the HTC’s mobile phone maker finally launched another budget device. Its new device that introduced in the market named HTC Desire 300. It is also just a phone but a lot of features make it the best Smartphone for the users.HTC Desire 300  stand amongst the best HTC’s range of budget conscious Desire Phones. Its body is not fully metal. It has plastic body with some special texture. We can also see the same features in HTC Desire 300 as HTC One X and newly unveiled Desire 601 have.

HTC Desire 300 came in three flavor of colors red, white, and black. HTC Desire 300 has 4.3 inch display with resolution of 800 x 480 pixels. HTC Desire 300 have enough battery time that is essential for social networking. It has 625 hour (3G) stand by time and 11 hour amazing talk time. It has dual-core 1GHz Snapdragon S4 CPU, 512MB of RAM and 4GB of internal storage. 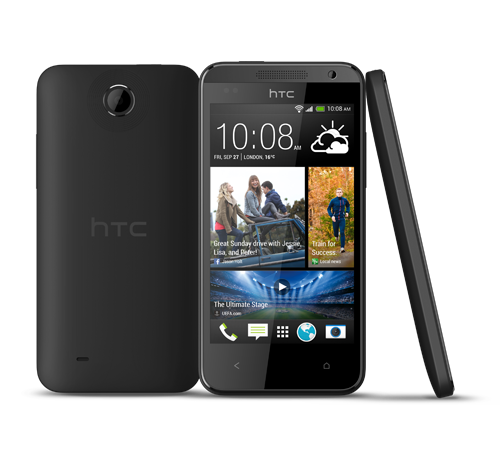 HTC Desire 300 has amazing feature of automatically updating home screen that refreshes every time when we turn on our phone. We can read the latest blogs, social network posts. sports scores, breaking news and many more….. This amazing Smartphone has best voice quality and deep bass for music that comes alive. This smart phone has best visual quality that shows breathtaking videos and photos in our hand.

HTC Desire 300 gives the best experience of web browsing and video playback to its user. HTC Desire 300 the best smart phone also have number of interesting feature. This Smartphone have 5-megapixel camera with f2.8 aperture, 34mm lens and WVGA recording.

It also has front facing camera and Bluetooth 4.0 and another feature of Wi-Fi with 802.11 b/g/n that enhance its value in the market. HTC Desire 300 also gives GPS, AGPS features. This new entertaining device HTC Desire introduced by HTC will hit the market in October. Although HTC not announce the actual launch date. The confirm price details of this latest handset not declare at this time but surely this HTC Desire 300 will must has affordable price.

HTC mentioned that the Desire 601 will launch in EMEA markets in October, but this is not clear whether the HTC desire 300 will also be available in the same market. Physically the phone looks a lot like the HTC One from the front and One X from the back. It will be launched in October. Information on pricing and regional availability is unknown,,,,,,,,,,,,,,,,,,,,,,,,,,,,,,,