Imran Khan Address Nation After Injuries: Imran Khan address with the nation after injury shows that he has been absolutely fine and out of danger by the grace of God. As we all know that last night Imran Khan was having a big Jalsa in Ghalib Market Lahore where he feel down from the height of 20 feet when he was standing on the chairlift along with his two guards. Due to some imbalance and because of the presence of four people, they lose balance and eventually all four people fell down. 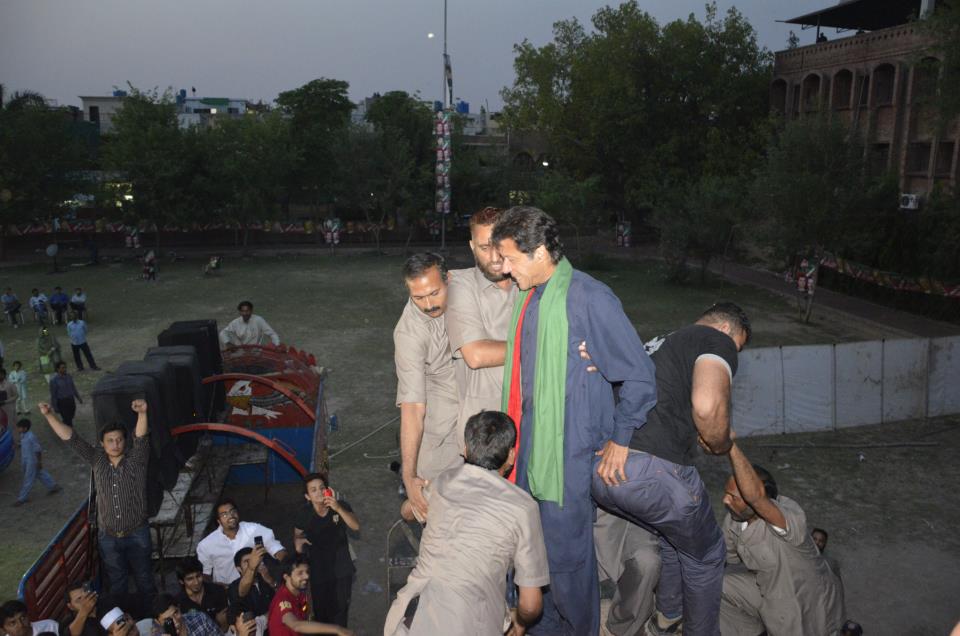 Imran Khan has been granted with the 11 stitches in his head and all the doctors has reported that he has little fracture in his head and for this sake he has to take proper rest and sleep. However, while Imran Khan was in his senses he even give away his short address from the ward to the nation. In his address he stated the fact that no matter whether they are casting their vote in favor of PTI or not. But they must vote for the democracy and Pakistan success.

In his address he further stated that he has always though well for the betterment and prosperity of Pakistan and if the country makes the mistake one more time which they make in the previous elections. Then they would not be able to bear this government and Pakistan any longer.

Well now just few days have been left for the Elections 2013 and such an accident with such strong candidate is definitely much shocking for the supporters of PTI. Well now the supporters do need to raise their hands in front of God because God has listened all of their prayers. Now let’s see that in whom favor the Pakistan nation will be proclaiming their results and who will going to rule on Pakistan for next five years.