After three successful song releases; Item Number, Chan Ve and Sajna Door with a combined total of over 17 million plus views, Teefa in Trouble now releases the video of its fourth track IshqNachaunda. The video can be viewed on: https://www.youtube.com/watch?v=0KF1x2YUKqE

IshqNachaunda is a profoundemotional song deeply rooted in a Sufi music sound that speaks of the heart and mind aching, yearning and crazedfor love. 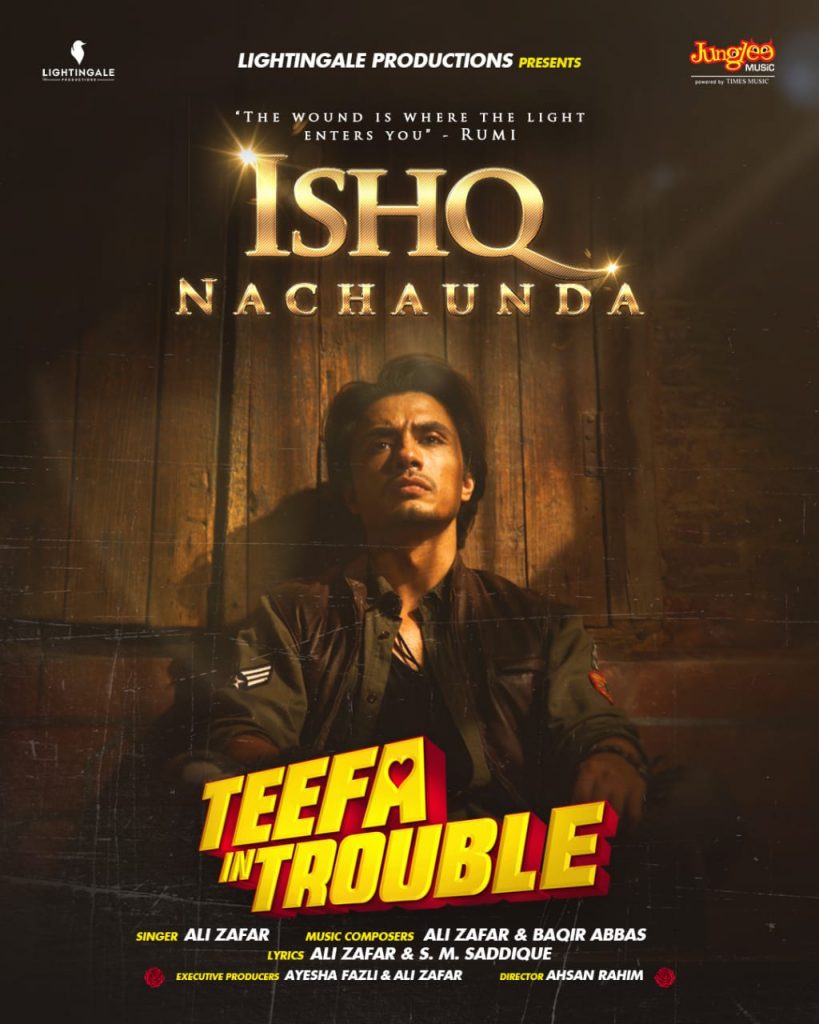 IshqNachaunda has been sung and composed by Ali Zafar who has co-written the song with S.M Saddique and is co-produced with the maestro Baqir Abbas. The guitars are by Danyal Zafar and the programming by Hassan Badshah.

The music for Teefa in Trouble is being distributed in Pakistan by Lightingale Productions who have collaborated exclusively with the prestigious Times Music’s Junglee Music for international distribution.

Directed by Ahsan Rahim,Teefa in Trouble was released globally and in Pakistan on 20th of July 2018 and is running successfully.