Kashf Foundation, a women-focused micro finance institution that is collaborated with Hassan Sheheryar Yasin of HSY to commemorate the 20 years of institution that socially empowering over 1.7 million women in the country.

To celebrate two decades of Kashf Foundation, HSY has came up with amazing and special 20-piece prêt collection that took him more or less three months to complete. The each piece in these showcases the handiwork of a different client of this institution. 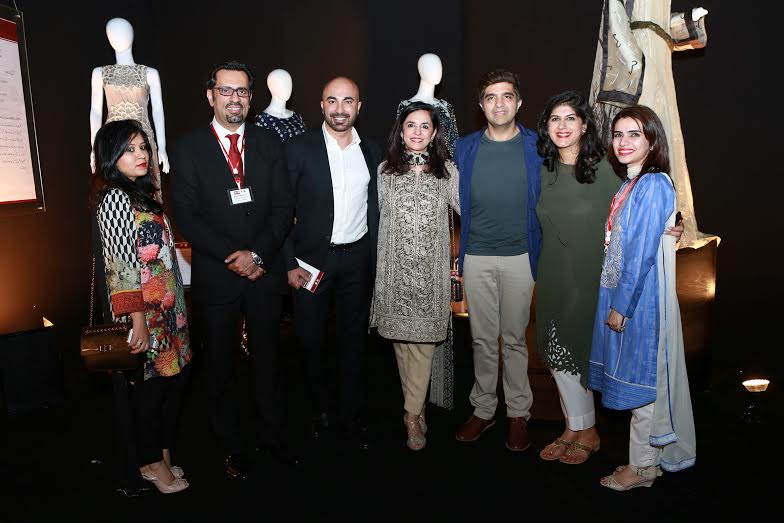 The amazing voices of veteran singer Tahira Syed and Roshaneh Zafar crooned this special song that was written by Wiqar Ali Khan and this special song was composed by Naseer Turabi specially for 20-year celebration of Kashif Foundation. A special documentary was also played in the background of the event that highlight some of remarkable work of Kashf and its journey.

Telling Kashf Foundation’s story, one stitch at a time

The story of Kashf Foundation there is a very little outfit about a dhol. There was a time when this Foundation was being shut down; everything for them becomes completely closed. I asked them how they brought it back. After that they bought up back  and said hum dhol lay ke aik aik village ke paas jatay thay aur dhol bajatay thay ‘Kashf wapas aa gaya, Kashf wapas aa gaya‘.  All of these stories come from journey and mind of Roshaneh. As a designer she has to interpret it.

HSY aka Sheru said he really had no idea at the time when Kashf initially approached them about what they wanted.