King of Boxing Muhammad Ali Biography has been one of the legendary and well reputed boxing stars that cannot be overlooked at any cost. He has been one of such shinning stars up in the sky that will always be twinkling until the end of this earth. He has given huge services to the boxing world and even received huge appreciation in just the beginning of his career. Let’s give a tribute to Muhammad Ali by throwing a light at the sports career and achievements of Muhammad Ali. 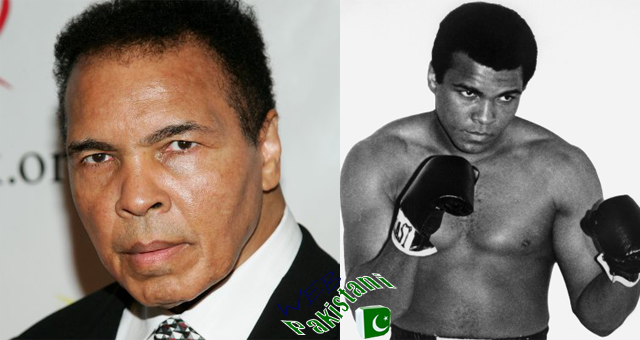 Muhammad Ali was born in America on 17th January, 1942 as Cassius Marcellus Clay. He accepted the Islam in 1964 and soon replaced his name as Muhammad Ali. He has been taking huge interest over the offering of Islamic principles and actions after converting into Islam. After 1967 he was badly criticized for converting into Islam religion by the American government and military forces.

In the Vietnam War, Muhammad Ali spoke against the war principles and request to overrule this war for the future of America but American Government gave him the punishment by suspending his boxing license for next fours years. He fought for his right and eventually gets successful. Muhammad Ali has been the only boxing star that has been awarded with the honor of being three times World Boxing Champion. In 1999 he was even rewarded with the title of “Sportsman of the Centuries” by BBC.

Muhammad Ali entered in the boxing world on 29th October, 1960. Till 1963 Muhammad Ali take hold over 15 boxing titles into his account. He defeat down many boxing legends adding with Tony Esperti, Jim Robinson, Donnie Fleeman, Alonzo Johnson, George Logan, Willi Besmanoff, Lamar Clark, Doug Jones and Henry Cooper. After 1963 Muhammad Ali was marked as one of such boxing players that were totally unbeatable.

In addition, Muhammad Ali was one of the youngest boxing players that won the title of Heavy weight in the age of 22. However, after getting suspended with the boxing license he moved back to Exile where he spends five years of his lifetime. In 1970 after getting the permission of fighting one more time he stood his first comeback match with Jerry Quarry on 26th October in which he faced the victory. In 1971, a fight was held in between Ali and Frazier that was symbolized as the fight of the century.

In 1984 Muhammad Ali got trapped into the ailment of head disease in which the patient was not allowed to play the boxing at any height. However, still he remained connected with the boxing universe as Referee. In 2012 Summer Olympics Muhammad Ali hold the flag right up in the air with the help of his wife. Muhammad Ali has engaged into the relationship of marriage four times with seven daughters and two sons. Presently he is living with his fourth wife Loonie who has also converted her religion into Islam.

Now we would like to announce recent news that Muhammad Ali has been formerly announced as the king of boxing. This title has been given to the World Boxing Council. This is considered to be the major achievement in the life of Muhammad Ali.

Well this was all for Muhammad Ali and his career. We just hope that this boxing star remains forever so that he can shine as the reputable star in the boxing universe and even remain as an inspiration for other coming boxers as well.