It is to be stated that Bin Roye’s first theatrical look has just been released by Hum TV and it features Mahira Khan who is all looking absolutely stunning. In this film we have the Humayun Saeed as well who is all romancing both the leading ladies and glimpses of Junaid Khan and Adeel Hussain!

Talking about the film it is all based on the best-selling Urdu novel Bin Roye Aansoo by Farhat Ishtiaq who had also penned the novel Mahira’s blockbuster drama Humsafa.

The film has been produced by Momina Duraid and has been directed by Haissam Hussain as who is known for his critically acclaimed plays such as Dastaan, Durr-e-Shahwar and Aunn Zara. 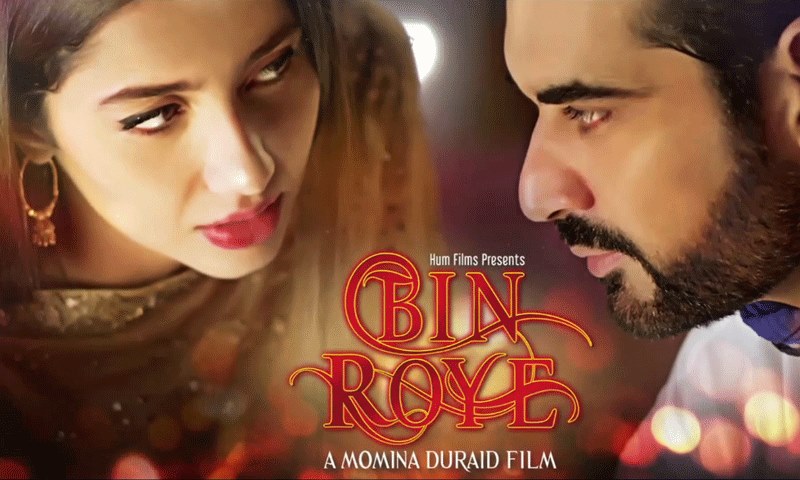 In the main cast of the film we have stars seasoned actors Javed Sheikh, and Zeba Bakhtiar alongside Armeena Rana Khan in her first film role. The story of the film is all spinning around a love-hate relationship between Humayun Saeed and Mahira Khan who is forced to marry him after the death of his first wife named as Mahira’s sister that is played by Armeena Khan.

It is to be mentioned that Mahira was in Dubai this week for the 3rd HUM TV awards where she won Best Actress award for drama serial Sadqay Tumhare and an award for best on- screen couple with her co-star Adnan Malik.

Soon this film will be releasing in your nearest cinemas! Don’t forget to catch it!