Latest news that Nawaz Sharif plane windscreen cracked; plane makes emergency landing in Lahore. Firstly, we would like to give the brief introduction of Nawaz Sharif. As we know that Nawaz Sharif is the leader of the most important and leading political party of Pakistan i-e PML-N. As we know that general elections of Pakistan will be held on 11th May 2013. So every political leader is busy for the election campaign. Similarly, Nawaz Sharif is also busy for doing election campaign. Now we would like to mention the most important news that few hours back Pakistan Muslim League Nawaz leader Nawaz Sharif, his plane on board because of emergency landing in Lahore due to cracked windshield. 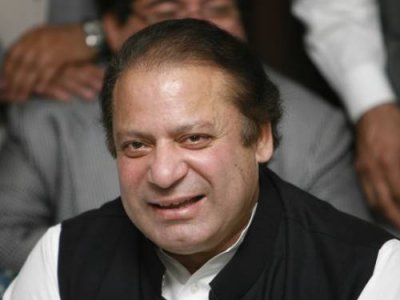 According to Geo News that this is completely latest and fresh news for the readers.  We would like to mention that the plane has the route from Quetta to Hasilpur and it was flying at the altitude of 9000 feet when the windshield screen cracked.

Moreover, we would like to mention that the aircraft landed without having an accident with the complete assistance and guidance of air traffic controllers. According to official reports that there were no injuries. All the passengers and crew members are completely safe.

On the whole after discussing the above mentioned latest news it is easy to conclude that Nawaz Sharif has the special jalsa in Quetta. But because of this accident his jalsa will be postponed. In the final conclusion we can say that Nawaz Sharif is the most important and leading political leader for Pakistan.