As we all know that finally the elections has arrived all closer therefore all the political parties have been emerging ahead with their manifesto. In all such political parties we will be highlighting about PML Q elections 2013 manifesto. In this announcements a lot more features have been mentioned that are essential for the betterment of the nation and so as its citizens. 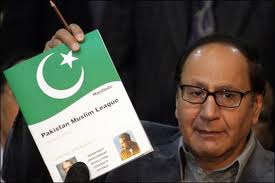 Some of the main characteristics are energy crisis, terror solution strategies and national commission for controlling the poverty circumstances. Although, PML Q have maintained with their old manifesto that they adopted during their previous rule on Pakistan but still some new and fresh aims and ambitions have also been involved for further successful future of Pakistan. The announcement of the manifesto was preceded in the shape of a meeting that took control over the main members of the PML Q party adding with Chaudhary Shujhat, SM Zafar, Mushahid Hussain and so many others. They have even ensured in the meeting that if the nation has been in the favor of making the country stronger and powerful then they should be in the preference of the PML Q party for the coming 2013 elections.

They even ensure that as soon as the party will win the elections they will even be commencing a special cell in Prime Minister Office for solving the poverty problems of the people and nation. Apart from it, Women Protection Cell has also been evolved for the nation women so that they can live freely and without any danger in the Pakistan. They will even be establishing an information cell for the problems that are resulting in the Sindh Province and in Karachi as well.

although, there has been no doubt about the fact that till the time when the PML Q has been ruling over the Punjab Province in previous elections they have done many good deeds for Punjab Province and still a lot more expectations have been driven from them.

Now the main question is that whether this party will stand united for the nation after winning the elections or not? Well this answer can just be enriched after the election results. On the whole of it we can just advice the nation citizens that just vote for your favorite candidate to whom you can think that they can give better and much prosperous shape to the nation in much enhancing and successful manner.