In this article we will be taking about Pakistani singer one pound fish song huge internet hits. Well now you probably be thinking that this would be the name of some dish. Well this is not a dish but a song that has been sung by a Pakistani singer. If you have still not listened the song then you have surely done a big mistake. Pakistani Muhammad Shahid Nazir has sung this song and fortunately all the people on the social websites have loved this song so much that this singer gets many views over this song in just few hours. 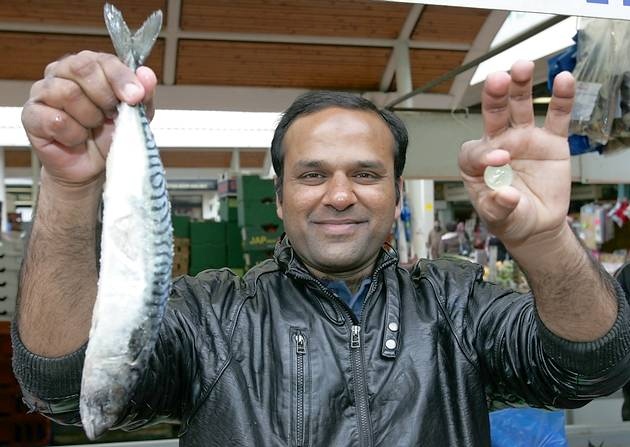 Even it is the greatest achievement that this ordinary singer was appreciated by millions of people all over the world for this song. This year it was said that Gangam Style will defeat all the songs and still it is leading on the top of the musical charts but after this song we surely have the One Pound Fish that is getting more and more successful every day.

Muhammad Shahid Nazir belongs to Pakistan as he was born in a small city of Lahore named as Pattoki. He went to United Kingdom for completing his education. In UK he used to sell fishes in the Queen Market from which he pay back his education expenses. For selling the fishes he used to sing a song as One pound Fish in huge voice.

One day somehow some passerby captured his video while selling the fish and uploads it on the internet. In this way this small ordinary individual gained huge success on internet and now he has launched his own personal music video. Well Shahid Nazir has been making him feel on the seventh sky because he is very happy after gaining such huge popularity.

His family is also extreme happy over his success with just one video. In the end we would just say that the end of the year is arriving and this year let’s see which song will be spotted number one as either Gangam Style or One Pound Fish.