Would you ever believe if your favorite actress suddenly leaves the film industry? Well you have to believe because Pakistani Actress Nargis the End Showbiz Life has come to the conclusion. Yes you are right! We are talking about the same film actress Nargis that is even noted as one of the prominent personalities of the theater industry as well.

Nargis is a famous and known star in the film and even as an identified stage dancer too. She was born in Lahore in 1974. Her real name is Ghazallah. 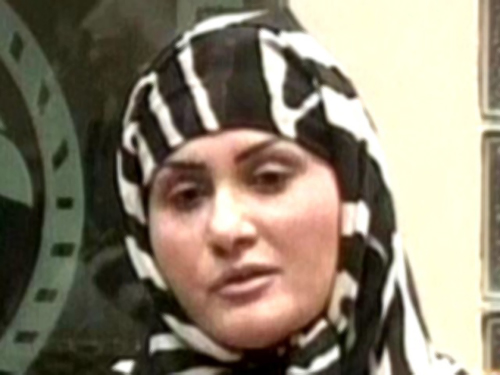 She started her film career with Idress Khan directed movie named as “Aalmi Gunde”. In addition to it the leading roles in “Kala Raj” and “Kuri Munda Razi” gave her recognition in the film industry and this leads her into the success of film industry. One her most appreciative roles has been the role of bald women in “Chand Babu” in which she actually shave off her head for giving the reality to the character. She is said to be very straightforward and out spoken women in Pakistani Film Industry. She was even in the relationship with the Underworld Don of Pakistan Abid Boxer with whom she went to Canada. Abid Boxer did a physical suffering with Nargis and even shaves off her head.

After returning back to Pakistan she got married to Zubair Shah with whom she is presently living in Canada. She has even one daughter named as Masooma and a son as Ali. Nargis run her own individual salon, spa and beauty parlor in Canada.

Recently, ON 24TH October 2012 Nargis confessed in front of the whole Pakistan that she is getting disconnected with the film and theater industry and will spend her rest of the life for being the true Muslim. She will even soon be starting taking the education for Islam. In her press conference she confessed with the statement that: “I am in touch with Maulana Tariq Jamil, famous Muslim cleric, in order to learn Islamic teachings,” “I have started wearing scarf and will soon start taking classes in a seminary in order to become a Muslim cleric.”

Let’s us give a short over view on the successful film career of Nargis: