Saba Qamar is one of the recognized and distinguished names in Pakistan Television Industry. She was born on 5th April 1984 on the motherland of Gujranwala. 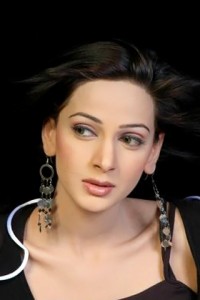 Her real name is Sabahat Qamar and she mainly belongs to the rich family. Her parents live in Karachi but she spent huge time period of her life by living in Gujranwala with her grandparents. Saba Qamar is a tall 5 feet and 7 inches stunning looking beauty that put her foremost step into the Television industry with a serial named “Main Aurat Hoon” and in this way she selected PTV as the beginning of her career.

This drama became her sole recognition and from that time she is ruling over the several other famous serial and commercial advertisements. But there are some serials that were highly appreciated because of her powerful performances including Suraiya in “Dastan”, Sana in “Pani Jesa Pyar” and Saman in “Maat”. She also hosted many television shows following with the comedy show of GEO production titled as “Hum Sab Umeed Se hai”. She is counted amongst those actresses who made a special place in the television industry with their hard work and passion and that is the major reason that she is loved by every single person of Pakistan.

Additionally, Saba Qamar also earned a big name in the fashion universe as well in the field of modeling. She used to walk for different designers and also showcase the lawn prints and worked for many well known brands. In an interview she stated that she feels like millions of worth when she walks on ramp.

She is said to be the girl with million worth of smile that even become the part of many commercials including Bubble Gum, Super Biscuit, Care beauty Cream and Dalda. In the beginning of her career she also worked in many music videos amongst which Abrar ul Haq “Boliyan” and “Rano” are highly popular. She was also honored with Best TV Actress Award in 2011.

Presently big news is being spreading like a fire that Saba Qamar is soon getting married by end of this year. She has been earlier in an engagement knot with her cousin Farhan Ahmed who is an engineer in Pakistan Air force and they will soon be getting married in Rawalpindi. Well this would certainly be sad news for the fans of Saba Qamar but we would wish her all the best for a future life.