After a brilliant performance in the blockbuster drama serial “Aisi Hai Tanhai” that aired on ARY Digital, Sonya Hussyn will now be appearing as the leading role in upcoming film “Azaadi” along with the leading artists such as Moammar Rana and Nadeem Baig, the movie isset to release under the banner of ARY Films. ‘Azaadi’ has been directed by the talented Irfan Malik, son of the longtime renowned filmmaker Pervez Malik and production has been done by Irfan’s brother, Imran Malik. The trailer is going to be screened today on Tuesday the27thof March 2018 at Neuplex Cinema, Karachi. 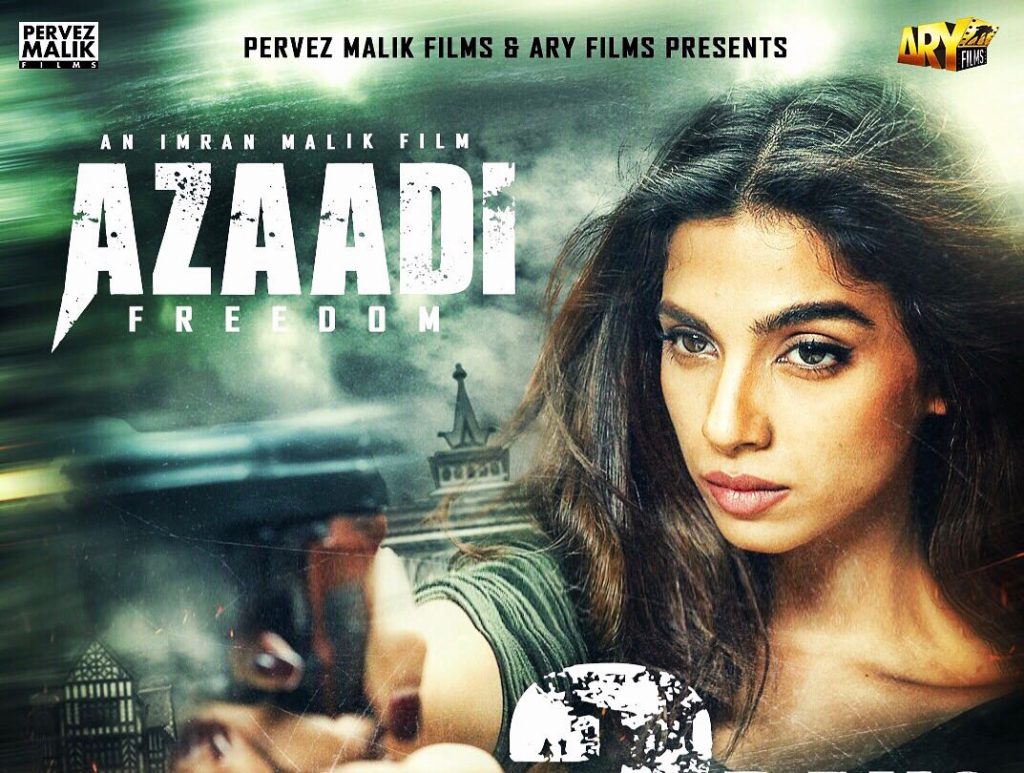 As per the news, Azaadi is alove story based on the freedom movement in Jammu and Kashmir. The story highlights the struggle of a man who devoted his life for Kashmir’s cause and set forth his perception to the youth to keep the belief alive. Lead actress, Sonya Hussyn, who is playing the role of a female protagonist, further revealed that the film also carries a strong message regarding women empowerment; apart from Kashmir’s struggle.

Known for her stellar performance in back to back hit drama serials, Sonya Hussyn now has the audience anticipated to see her perform in this new avatar and grasping her message through this film.

Therefore, don’t miss out on the chance of meeting your favorite stars today on 27thof March as Pervez Malik & ARY Films cordially invite you at the trailer launch of their most awaited movie “Azaadi” at Neuplex Cinema, The Place Karachi at 6pm.

When asked about her film, Sonya Hussyn said, “I am glad that our media industry is working on highlighting the crucial matters of our country today, other than just entertainment and drama.” Hinting about the character, she added, “Zara is an independent journalist, who is a Pakistani but was born and brought up in UK. She’s free-spoken, confrontational and an empowered woman to whom, many young girls will be able to relate to. This is going to be a whole new adventure for me as it’s a very strong role and different from the ones that I have been doing. I am hoping my fans would like this new venture of mine and the role I am going to play.”