Pakistanis Makes World Records National Anthem: Would you believe if you witnessed that Pakistanis makes world records in National Anthem? Well if not then you have to believe it because the people of Pakistan has finally did it. Almost one or two months back Youth Festival was undertaken by the Government of Punjab and in this event Pakistan has carried out two biggest world records within its account. 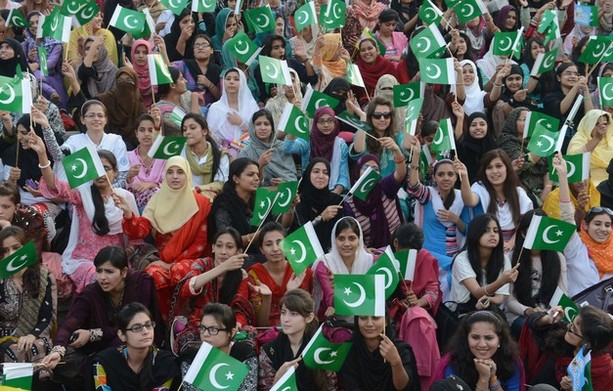 One of the records of making largest human flag and second was the world record of singing national anthem in one tone with the help of thousands of people. Previously many countries adding with India and China has taken part in this world record but now Pakistan is the one that is ruling over the title of this record. According to the survey of the last made record the country of India has made the record of singing their national anthem with 15,243.

Their event was organized by Lokmat Media Limited in India at Divisional Sports Ground at Aurangabad on 25th January 2012. But unfortunately India could rule over the record for just few months and Pakistan make the record by setting up 42,813 people for the national anthem.

The whole event of Youth Festival was organized in Punjab Complex. Before the commencement of the record the famous singer Ali Zaafar entertains the public with his tremendous voice talent while the show was hosted by Sahir Lodhi. As soon as the national anthem was being carried out it seems like the whole seventh sky has gone united and all the people of Pakistan have become one person. No such unity and strength has been ever seen in Pakistan as it was witnessed in the record.

As the national anthem was over the Representative of Guineas World Record confessed that Pakistan has broken the record of previous countries and yet have written a new record for their history. Even during the practice of the national anthem it was fully revealed that this will definitely be the world record and no country can now stop the Pakistan.

Moreover, the Youth Festival was arranged by Chief Minister of Pakistan Shahbaz Sharif who claimed that this event is not just the event of Punjab as it is the event of all such Pakistanis who infused themselves for showing love, care and adore towards their country. We wish that May God grant enough success to the Pakistan so that they can keep making such records for their country forever and ever.