A collaboration between True Brew Records, 141 Schools Project, the Rafi Peer Theatre Workshop, CityFM89 and Lotus PR,the festival celebrated and promoted the indie music genre in Pakistan by showcasing a variety of independent musicians and bands from across the country.

This year’s extravaganza was an all-day event that brought together the best of Islamabad, Karachi and Lahore’s independent bands including Red Blood Cat, Basheer and the Pied Pipers, Keeray Makoray, Shorbanoor, Slowspin, Nawksh, Rudoh and Omar Farooq. 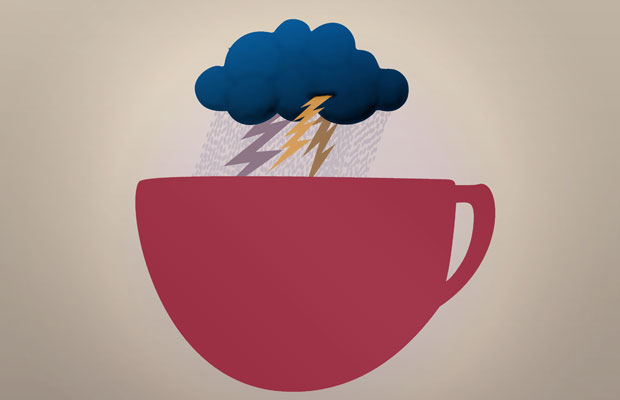 ‘Storm in a Teacup’ is Jamal Rahman’s vision to highlight the indie genre and support the efforts of upcoming artists by providing them with a platform where they can showcase their talent. It further aims to be the game-changer in the live music industry by being the forerunner in introducing large scale music festivals in the country.

Music festivals are reputed globally for being a prominent way for artists to develop a substantial following and reach out to industry stalwarts, as exemplified by international music festivals such as Coachella, SXSW and Glastonbury. This is what Jamal Rahman aims to achieve through ‘Storm in a Teacup’.

Speaking about ‘Storm in a Teacup’music producer Jamal Rahman said, “The True Brew Records show, Storm in a Teacup, was a bigger step forward in my pursuit of pushing the live music scene in Pakistan.

For Storm in a Teacup, our focus was on the young, independent music scene, where we promoted indie artists who came from Lahore, Karachi and Islamabad, specifically to perform atour festival. We are ecstatic that this venture is now in its second year as it shows the audience is committed to supporting the indie music scene in Pakistan.”

Indeed, True Brew Records was first conceptualised in 2009, with a vision of becoming the focal hub for all genres of music in Pakistan. In December 2010, Jamal’s vision was put into motion as True Brew Records was inaugurated as a unique platform providing recording space and state-of-the-art production facilities for artists seeking to explore new sound as an alternative to mainstream music producers. True Brew Records aspires to be the first independent music company in Pakistan that provides a diverse array of services to artists, musicians, film-makers and corporates, including and not limited to musical, aesthetic, production and technical support.