Islamabad: Finally the dreadful face of the government has been unveiled last night which was disguising behind the innocent face of PML (N). Despite of a peaceful protest and sitting that last for 17 days at the constitutional avenue, the protesters were brutally tortured by the law and enforcement agencies of the government.

Last night the interior ministers direct orders and encouragement to the police to crush the opposition added oil to the fire. Whole country observed the action replay of model town incident with much more intensity. 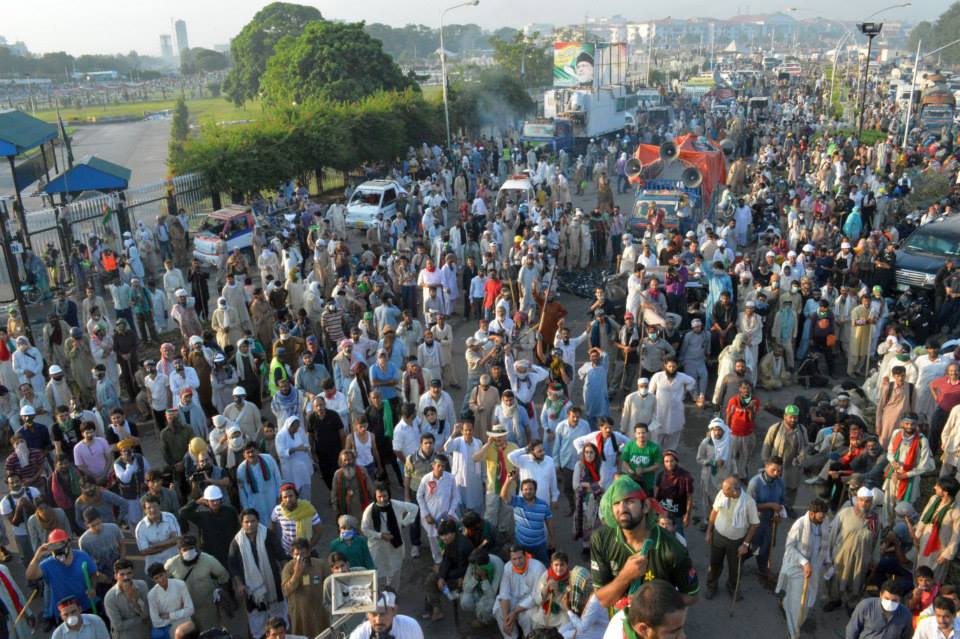 After the encouragement and announcement of a reward of three salaries for the police men by the minister of interior Nisar Ali Khan, police unleashed its gullu butts on the unarmed and peaceful protesters. This has resulted in more than 14 causalities and over 500 injured citizens of the state.

Instead of showing some flexibility and retreating a step backwards, the government has decided to crush the protesters by force. Also in order to prevent the nation from watching such massacre, the police cruelly tortured the media men present at the spot.

In such conditions if the government did not take the actions with wisdom and kindness, there will be a worse condition arising throughout the country.