Here latest news about that Serena William named Announced Women’s Tennis Association WTA player of the year 2012. All those people who love watching

Tennis would probably be aware from all the tennis players on national and international. When we talk about some of the most successful and unbeatable Tennis players then we always mention the name of Serena William. 31 years old Serena William has been counted as one of the well known and yet the leading Tennis players in the whole world. 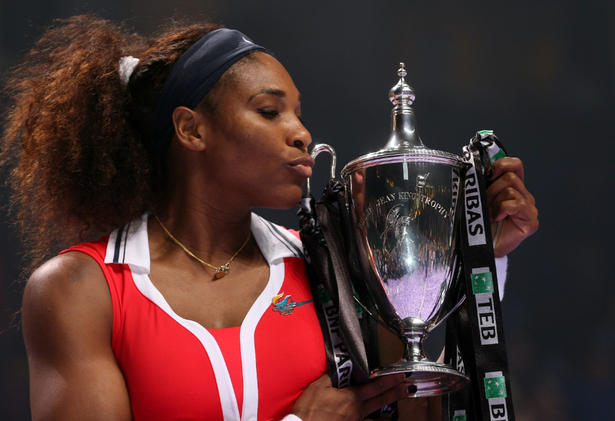 But besides being the famous ones this player has also been honored with another title. Serena William has been named as WTA Player of the Year.

She has been honored with this label after getting the success heights in just one whole year. In the previous year she took hold over the Olympic gold title in single and double. In addition, she was also the winner of Wimbledon and U.S. Open Grand Slam in singles.

In last year from April to October, there was no one in the Tennis world that can put a full stop to the victories of Serena William as she accounted the victory in 48 matches out of 50. Well this has been the major facts that drive her closer to the title of WTA Player of the Year whose ceremony was held in Istanbul.

She has been ranked as the Top 3 tennis players in the entire world and has been the only female player for getting WTA title three times as in 2002, 2008 and 2009. We can certainly say that after viewing her success limits she really deserves this position.