The makers of Khoobsurat have released a teaser after the two posters. Sonam Kapoor and Fawad Khan’s face in the posters didn’t show lead actors on the other side, the teaser shows Sonam kissing Fawad Khan on his cheeks.

Chemistry between them and both of them are looking absolutely adorable together. Fawad is seen straightening his tie in the teaser while Sonam undo it with a mischievous smile on Fawad’s cheek she gives a peck. 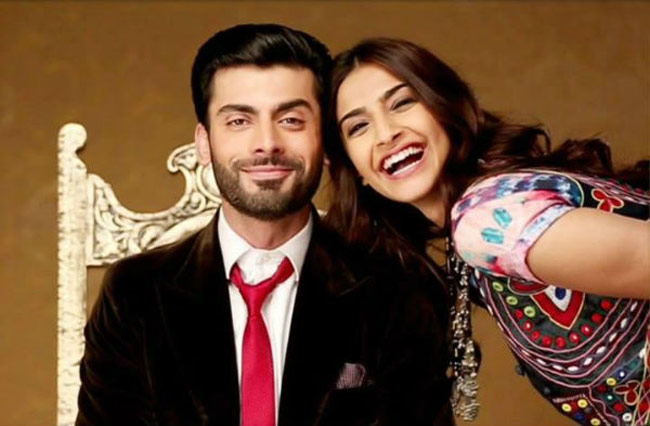 Disney India and Anil Kapoor Film Company Co-produced it. Sonam will come the fun drama as the lead role of MiliSonam, a vivacious girl who turns the lives of a royal family upside downShashankaGhosh directed the film and it will release on 19 Sept.