Sony Focuses on Smartphones Photography: In the mobile industry the brands are fighting for competition and they are looking for those features which can differentiate them with the other brands in the market. Same is the strategy adopted by Sony as they are focusing on phone photography as their aim is to provide such an experience to the users as far as the photography and snapshots is being concerned which is not being provided and offered by any other competitor brands.

And for that respective purpose Sony has announced the launch of new Sony XPeria Z1 Smart phone which is having a massive camera ranging of 20.7 Mega Pixel with a waterproof chassis that will enable to capture the images or record a video under the water with clear images without any blurred pictures.

The other very attractive offer associated with the handset is the QX00 lens which is being attached with the smart phone which will give the ultimate best quality to pictures as the lens will be removable and can be attached when taking the pictures as the lens weighs almost 349 grams. The QX10 lens offers a 10x optical zoom and 18.2MP resolution which Sony says makes it ideal for taking shots of distant landmarks or close-ups of people. It will cost about £170. 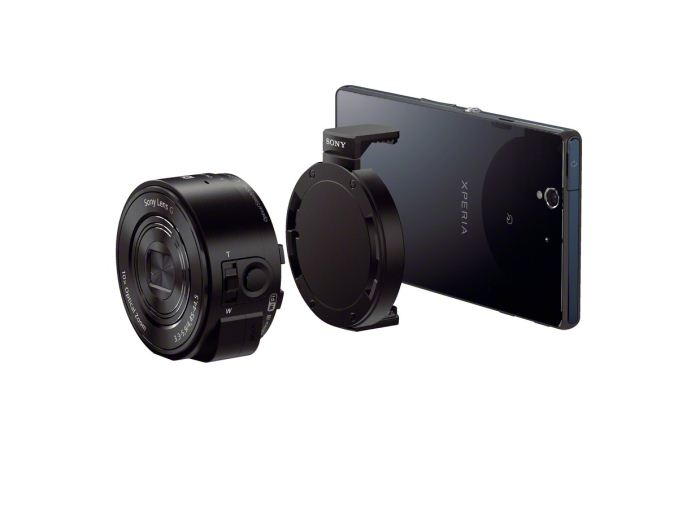 The QX100 features a smaller 3.6x zoom but a bigger sensor with a resolution of 20.2MP. Its aperture goes as wide as f1.8 – allowing more light in – meaning it should be more adept at taking photos in low light or with a very shallow focus. It also offers manual focus as an option which is not possible on the other lens. It will cost about £380.

The special specifications which are being featured in the new Sony XPeria Z1 is the 3.5 inches screen with this mega camera of 20.7 mega pixels, the best part of the camera is that it is Exmor RS CMOS image censor which can focus the moving image accordingly to its  movement no matter how fast or slow the movement is. The smart phone camera also has the complementary feature of Sony G lens with 27mm wide angle, f2.0 aperture and Bionz image processing, which gives the best quality available to the images.

There are so many software which are being built in the smart phone which have enhanced the photography experience of the new launch, such software includes; Time shift burst mode, which snaps a series of photos in rapid succession and lets you pick the best one; Info-Eye, which lets you search for more information on photographed products and landmarks; Social Life, which lets you stream video from your phone to Facebook; and augmented-reality app AR Effect, which lets you overlay custom animations onto your photos.