Ayesha Omer has been one of the top famous and arising stars in Pakistan television industry. She is not just an actress but even a model, a host and a singer as well. In this article we will be discussing all the Ayesha Omer pictures and biography details. It you want to know something exciting and fun loving about the personal and professional life of Ayesha Omer then let’s comes with us. 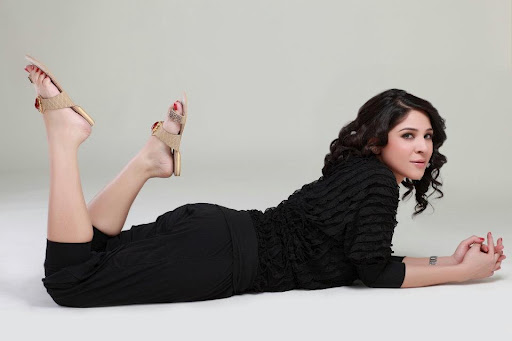 Ayesha Omer (DOB) was born on 12th October, 1980. She has done her graduation from National College of Arts. She has done her major in Fine Arts. In the beginning she entered herself in the modeling career and soon after she arrives inside the hosting world and now she is even highlighting her acting skills as well.

AYESHA OMER AS AN ACTOR:

Ayesha Omer gives her first debut drama named as college which was also directed by the NCA Graduate Jawad Bashir. This serial also highlights the famous singer Ali Zafar. She also took part in the NCs Theater play named as Nautanki and this was the time when she was approached for the television serials. She has done many serials adding with Dollie ki Ayegi Barat on GEO TV. Presently, she is seen on two channel serials as one is Bulbulay on ARY Digital and second is Zindagi Gulzar Hai on HUM TV.

AYESHA OMER AS A MODEL:

Ayesha Omer has been remained as the center of attraction of many fashions shows but soon she left the ramp after entering into the television industry. She has also been one of the favorite choices for the advertisement as well. Currently, she is seen in promotional ad of Kurkure with Azfar Rehman.

AYESHA OMER AS A HOST:

In the time of her studies Ayesha Omer has been always remained in the front row for arranging the events and even hosting them. In summer vacations, she used to arrange special shows for the Rising Sun School for special children. She has even hosted television show named as Meray Bachpan Ke Din in which she got the honor to interview some of the famous personalities of Pakistan.

She hosted the show with Muneeza Hashmi. After the enormous success of her first serial Kollege, Ayesha Omer hosted a show titled as Rhythm on Prime TV. She interviews the famous and legendary singers adding with Shazia Manzoor and Arif Lohar. Now Ayesha Omer is busy hosting a show named as Ye Waqt Hamara Hai at CNBC Pakistan.

AYESHA OMER AS A SINGER:

Ayesha Omer has even showcase her talent in singing as well as her songs “Aao” and “Tu He Hai” were huge liked by the people. Recently, her song “Khamoshi” has been one of the biggest successes and she has even sung the title track of one serial named as “Manjali” on GEO TV.