Budget 2013-14 Highlights Pakistan: In this post we will be providing out the complete details in view of the Budget 2013-2014 highlights Pakistan. According to the Federal Board of Revenue almost Rs. 2676 billion has been allocated in this year budget for 2013-2014. This budget was presented by the Federal Finance Minister Ishaq Dar. Although Rs. 2050 billion has been set for the current fiscal year as the amount allocation of the budget. However, here we would like to announce for the readers that Federal Board of Revenue has announced that the actual amount of the budget rates will be finalized by the PMLN and the Prime Minister Mian Nawaz Sharif in few couple of weeks. 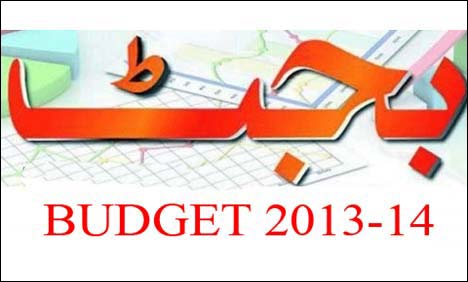 As we have mentioned in the very beginning that the current fiscal year rate of the budget has been set as Rs. 2050 billion whish has to met at the cost of the 80% of the net revenue along with 205 of the administrative measures as well.

According to the IMF the government has to collect out almost Rs. 279.4 billion from the administrative measures so that they can additionally be added within the taxation system such as plugging of the loopholes.

According to the speech of the Finance Minister last year the economic growth was increased by 9% and this year it has been expected that this percentage will going to get high up by 4% even more. Keeping this fact in mind almost Rs. 276.75 billion of amount has been allocated in the budget for the economic growth.

Well the budget 2013-2014 still demands for some extra editions. As in the budget speech it has been clearly stated that few of some extra changes will be introduced by the present government. So let’s see that whether this budget will be in favor of the nation or against it.