England vs India 3rd Test starting 5th December 2012 to 10th December 2012  live score updates and live match results from Kolkata, India. All the fans of India and England should get all prepare to boost their teams because India Vs England 3rd test will be going to hit the television screens very soon. This match will be played from 5th December 2012 till 10th December 2012 at Kolkata. As we all know that Virat Kohli has been one of the top excellent and yet the golden players of Indian Cricket Team and his last 12 months performance has been just out of this world. But in the 2nd test match Virat Kohli was poorly knocked out by Swann in just minimum score now we just have so much hopes and expectations that all the eyes have been stuck on his performance. 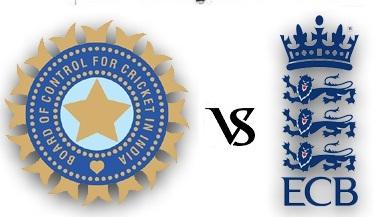 But unfortunately we don’t think so that this time this series will appear to be lucky for Indian Cricket Team because Harbajan Singh has been suffering from flu and in the meanwhile Yuvraj Singh has also been not well with his health issues. In addition, all the players of Indian and England has been kept as same as it was in the beginning stages. Indian captaincy has been switched with MS. Dhoni and still many expectations have been driven from the Indian fans.

This will be the big exam for showing his real captaincy. Until now the series has been equal from 1-1 now we just have to see that which team will take the cup back to the home. Indian Team is thinking to take the advantage from playing in the home ground. On the whole we would just end with the words that let’s wish both the teams with all the best and deepest best wishes and let see that which will be the luckiest team India or England?

India won the toss and elected to bat