Are you excites enough to grab all the details about Juggan Kazim wedding pictures? Well if yes then just hold your breath because in this post we will be giving you all the latest updates about this event. Juggan Kazim is one of the most talented and promising stars of the television industry. She has been associated with the television planet since long time but she gives away her noticeable appearance in the Music album by “Jal-The Boondh”.

Through this album she gained many appreciations and in this way she one more time makes her place in the television industry. Juggan Kazim has worked in many television serials and plays adding with Pani Jesa Pyar and Kash Aisa Ho. She is even working as a host on morning show of PTV. 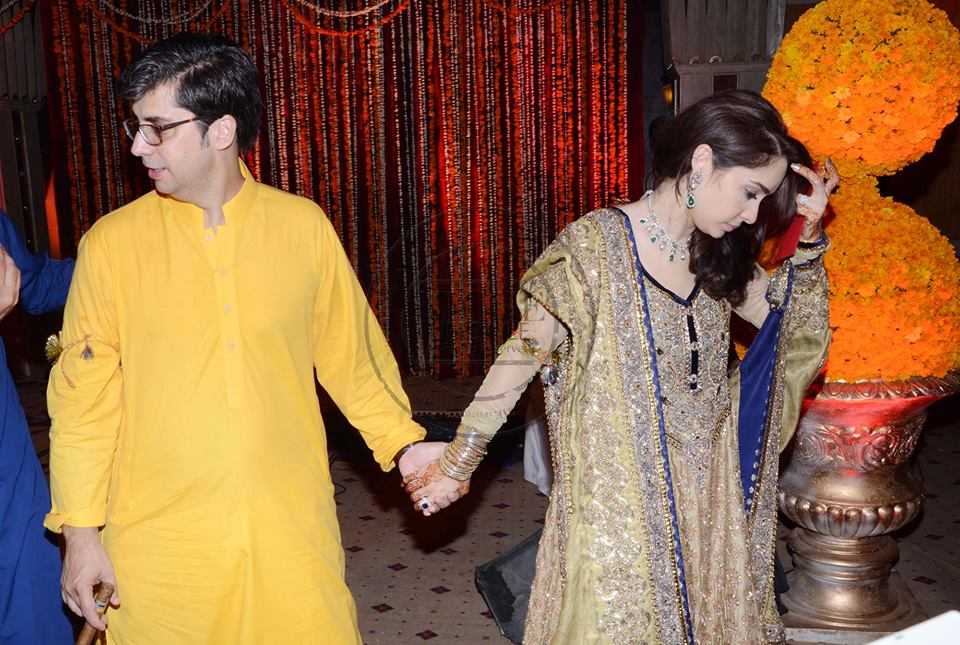 For the last few time periods Juggan Kazim wedding news was spreading like the fire. Some of the people were thinking that this would just be the rumor because she already has two children. But now this news is no longer a rumor because just recently Juggan Kazim has knotted into the relationship of marriage. She got married with the famous journalism and advocate Faisal Naqvi. This marriage ceremony was complete traditional and was carried out under the cultural rules and regulations. In this post we will be sharing some of the pictures of Juggan Kazim wedding pictures.

There were many popular and famous personalities that were invited in the guest list adding with Ahmed Ali Butt and Atif Aslam along with his wife and many other renowned faces as well. The mehndi ceremony was filled with the happiness and colors and was complete undertaken in the traditional manner. The entire hall of the mehndi happening was embellished with the yellow colors and lavishing decorations of the lights. Juggan Kazim was wearing long yellow formal dress in which she was a looking stunning and gorgeous ones. Just like all the mehndi ceremonies there were dances and songs along with the Ghazal night as well. The groom was dresses in yellow kurta shalwar kameez.

On the day of the marriage both the bride and groom were merely catching the attention of the people as made for each other. Juggan Kazim was wearing the long lehenga which was designed by Kamiar Rokhni whereas the makeup was done by Maram And Abaroo. The color of the lehenga was tea pink along with the red touch in them. The groom was wearing three piece black color suit.

So this was all about the Juggan Kazim wedding ceremony. We would wish this couple with the happy married life in future along with heartfelt congratulations.