Yes, you have heard it right that Main Manto will be releasing in Sept 2015! Main Manto is directed by: Sarmad Khoosad, it is produced by Babar Javed. It has the cast of Sarmad Khoosat, Mahira Khan and also Humayun Saeed, it has too Faysal Quraishi, Nimra Bucha, you will too be seeing Shamool Abbasi, Saba Qamar and also Yasra Rizvi in this film.

We can say that this film has this massive talented cast and we are too sure that this film will come out to be super kind of blockbuster film. We have Saba Qamar in this film who did serials like that of Bunty I Love You, aired on Hum TV, Baimaan and also Mohabbat and Sannata, aired on ARY Digital. She also did Miss Fire, aired on Geo Television in 2014.

Right now her upcoming serial is Sangat, it is directed by Amina Khan and she is opposite with Mikaal Zulfiqar. She is an exceptional actress, she will be acting with perfection too in this film. We have this Basher Momen and Rang Laga actor Faysal Quraishi, we have Raees and Bin Roye Actress Mahira Khan, we have this hot hunk Humayun Saeed in this film. 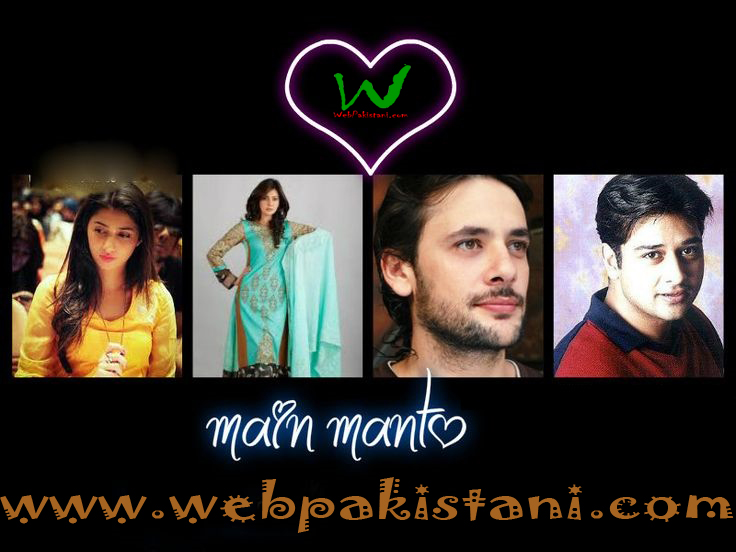 Just to make sure that all of you should be watching this Main Manto that will be releasing in Sept 2015. You too have to give us your comments too that how much you liked this film. More and more updates about this film will be given to you.