Yes, Sajal Ali and Feroz Khan are now back with a bang! Last time, we saw them in the serial of Chup Raho. In this serial, they played the roles of husband and wife. Now, this couple will again be seeing in this new serial. In this post, we have been sharing the pictures of their upcoming serial, the shooting has been taking place in Murree. You can check out the pictures! As we know that Sajal Ali and Feroz Khan are also real life couples, they are in a relationship. They have not only fantastic on screen chemistry but they too have rocking off screen chemistry.

Feroz Khan has been new in this TV line, he did serials Tum se mil ke and Chup raho. Sajjal did serials like that Mehmoodabad ke malkain, mastana mahi, she too did mera qatil mere dildaar, meri ladli and also sitamgar. She too did Mere khuwabo ka diya, Quddusi sahab ki bewa, she also did these hit serials kahani ek rat ki, Kitni girhay baaki hai. 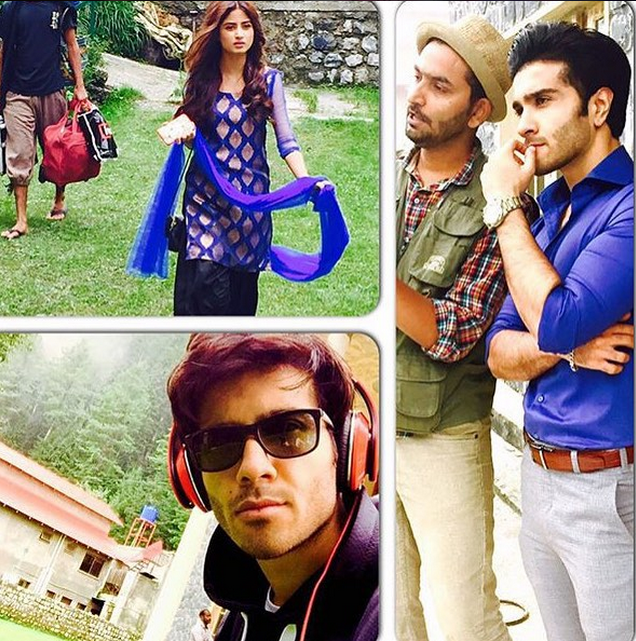 We too saw her in the serials of aasmano pe likha, Chup raho, she too did laado me pali, mere raqeeb, Khuda dekh raha hai and also Kis se Kahoo. She did telefilms like O mere billi and also Sitara ki muhabbat, kia piar hu gaya, she too did Doosra naam and also yakeen. She was also seen in Band baj gaya, Gidh, Yakeen, Yu hum milay.

We are sure that this serial of Sajjal Ali and Feroz Khan will come out to be the hit one!