Similarly, Pakistan’s one of the best cooking channels, Masala TV is going to celebrate their 7th anniversary this year and for that purpose, they have organized a number of different programs for the viewers. The main purpose of celebrating these anniversaries is to gain more public rating than other channels because it creates hype on the TV. 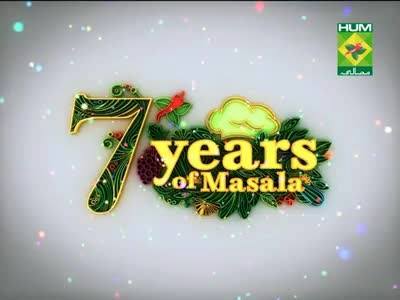 Hence, do not miss this chance of celebrating the Masala TV’s 7th anniversary with them because they have arranged a number of surprises for you and you will be glad to see those surprises on your favorite cooking channel, none other than the Masala TV. So stay tuned to Masala TV for further updates about Masala TV 7th Anniversary shows!