Have you watched the promo of  Drama Serial Mere Humrahi coming soon on ARY Digital? Well if still you are not known with this serial then in this article we will going to provide you out with all the details about this serial. Mera Humrahi is newly arriving serials on ARY Digital that will soon be telecasting to take away your heart beats. 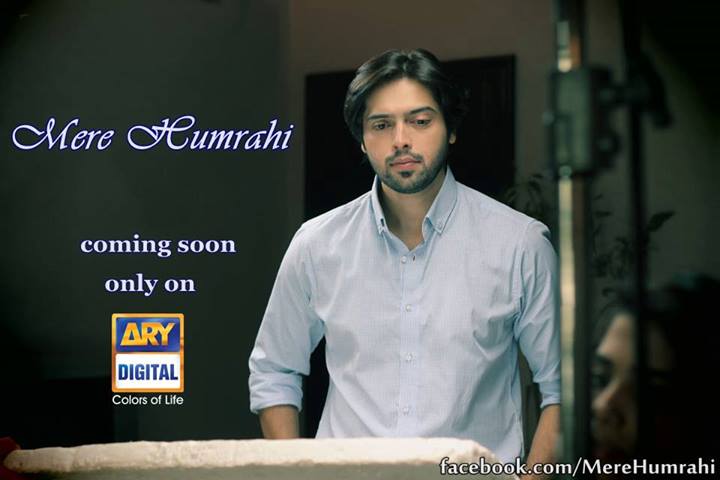 In the very starting we will mention the main cast of the Mera Humrahi.

The serial has been directed by Furqan Khan and the story line has been written by Sana Khan.

All the viewers can watch this serial on 12th August 2013 on ARY Digital. In addition the timings of the drama has not been yet confirmed but still we will be soon be updating it on the webpage. The readers can stay connected with this webpage for knowing more and more latest updates about this serial. Fahad Mustafa is one of the talented and renowned stars in the television industry. In the same line Shehzad Sheikh and Sonya Hussain are the emerging two stars that will surely going to win the hearts of millions of people for sure.

There are many new serials that are coming ahead and hence are making the competition even more and more. So all the people out there if you are one of the biggest fans of Shehzad Sheikh and Fahad Mustafa then don’t miss out tuning into the ARY Digital on 12th August 2013. We are sure that this serial will going to be one of the most favorite serials on ARY Digital for sure!