The Arnold Classic in Australia during the power lifting competitions, women’s bodybuilding and martial arts competition, however, compared to more than 100 kg body-building title Atif Anwar has his name.

The former Mr. World Arnold Schwarzenegger declared the winner by Atif Anwar Medal put them raise their hands in the air.

Arnold Classic Awards are held annually in different sports categories, the best player in the world participate in the competition, the winners are named arnyz. 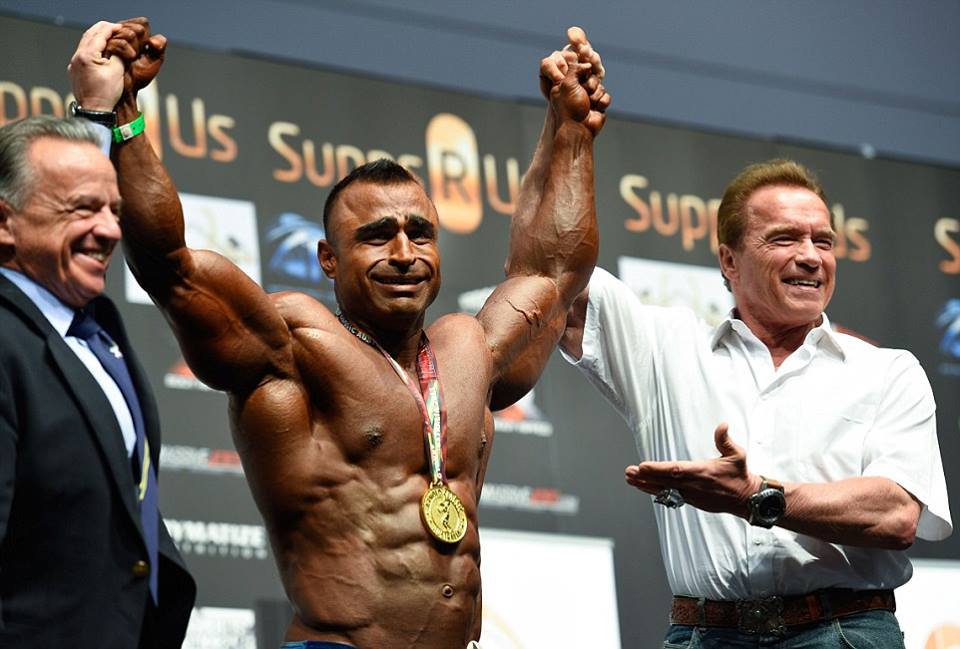 The Karachi-based Atif Anwar has previously received many honors for his name, file Armenia in 2009 compared to the fourth position he had gained 100 bodybuilders from around the world participated.