Terrorism has many faces, forms and dimensions. It may be regional, national or international in scale. Then it may be regional, communal, political, state and foreign in affairs. It is found in the worldwide scale in one form and another. The development of very fast means of the communication has definitely contributed a lot in allowing the terrorism to spread on a huge scale. With the globalization, economic and cooperation of the nation the terrorism too has it become unlimited and cane be transported and transplanted to any part of the world easily. 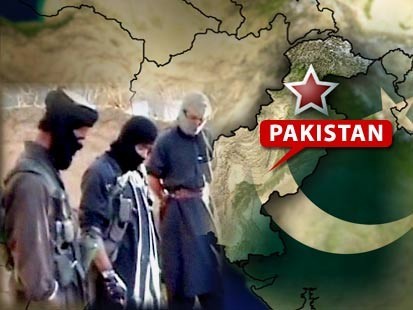 Terrorism in Pakistan is widespread and there seems like no end to it in the present world. The rigger happy terrorists and extremist have been using all kinds of violence and automatic weapons and bombs to terrorize people and the administration.

Their strategies includes, killings, murderers, bomb explosions, destruction of houses, looting of banks, disruption of roads, and many other means of transportation. They rape the women and do not even spare the innocent children. There are sometimes more terrorism, blood sheded, violence, and destruction. In the cross fire between terrorists and the government the innocent citizens suffer the most because there the opponent forces become the totally blind and lose discrimination.

Terrorists groups are filled with majority of such people who starts the terrorism for bringing some good change in this world. But they are not aware from the reality that sooner or later they will going to get trap into the planet of killings, terrorism and warring grounds.

They have no religion, ethics and feelings of fellowship for others. Terrorism drains the country of its valuable resources and enormous funds are spent in facing and checking it. Besides thinking about the method of filling the bank accounts all the politicians and government officers should get together and think about the main measures of controlling the terrorism.

It is definitely in the good favor of the unity and strong establishment of the nation. There is no doubt about the fact that one unity and patriotism are few of the such main factors that bring about the change in the thinking of the terrorist.