Top Tourist Attractions In Antalya: Do you want to know that what are the top tourist attractions in Antalya? Well in this article we will be highlighting the complete details about the main attractive places in Antalya that would force you to hit these cities for the trips and tours for sure. 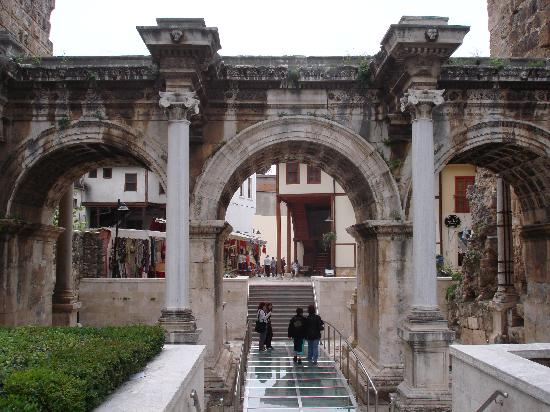 First we have the place of Old Town. This place has been designed in the form of the bazaar that is covered with the narrow roads. This place has been also added with the clock tower in the company of the Kesik Minaret, Tekeli Mehmet Pasha Mosque that is one of the oldest mosques. This mosque was in the past used as the church but soon it was transformed into mosque.

This has been one of the best structures in Roman that is simply appears to be the attention grabbing for the visitors. The best part of this place has been the Royal gate that has been build during the era of the Emperor Hadrian in AD 130. The gate and its towers have been spread at the three arcs.

This area of the Antalya has been enclosed with the hotels, boutiques and restaurants. In simple words, you will going to find all the fun and entertainment in just one place. This rejoicing and fresh looking place filled with the crowd all the day and night has been becoming one of the main means of the tourists for finding this place as the attractive ones.

On the fourth number we have the Municipal Park in Antalya. This park has been intended in such modes that it is implicating the two roads on the sideways. On one side the Town Hall has been placed whereas the Municipal Park has been settled on the other section.  This creative and artistic designing of the park has been one of the main mean of the tourist for getting attracted towards this place.

On the last number we will talk about the Archeological Museum of Antalya. This museum has been constructed in 1919 and was used as the mosque. However, later in 1972 it was replaced into the museum. The main purpose of this museum has been just connected in showing away the history and architecture of Antalya.

Hence this was all about the best attractions in Antalya. So if you are all planned to visit the Antalya then don’t miss out visiting these areas and places. We are sure that they will going to memorable one’s for you.