Turkish hackers attack on so many websites in Pakistan there are some website well know just like a Google.com.pk, Microsoft.pk and Yahoo.pk.

On Saturday, Pakistani users face serious problem for using the Google.com.pk. They would not be able to access this website. According to the recent report by different sources that this website has been hacked by the group of Turkish hackers. 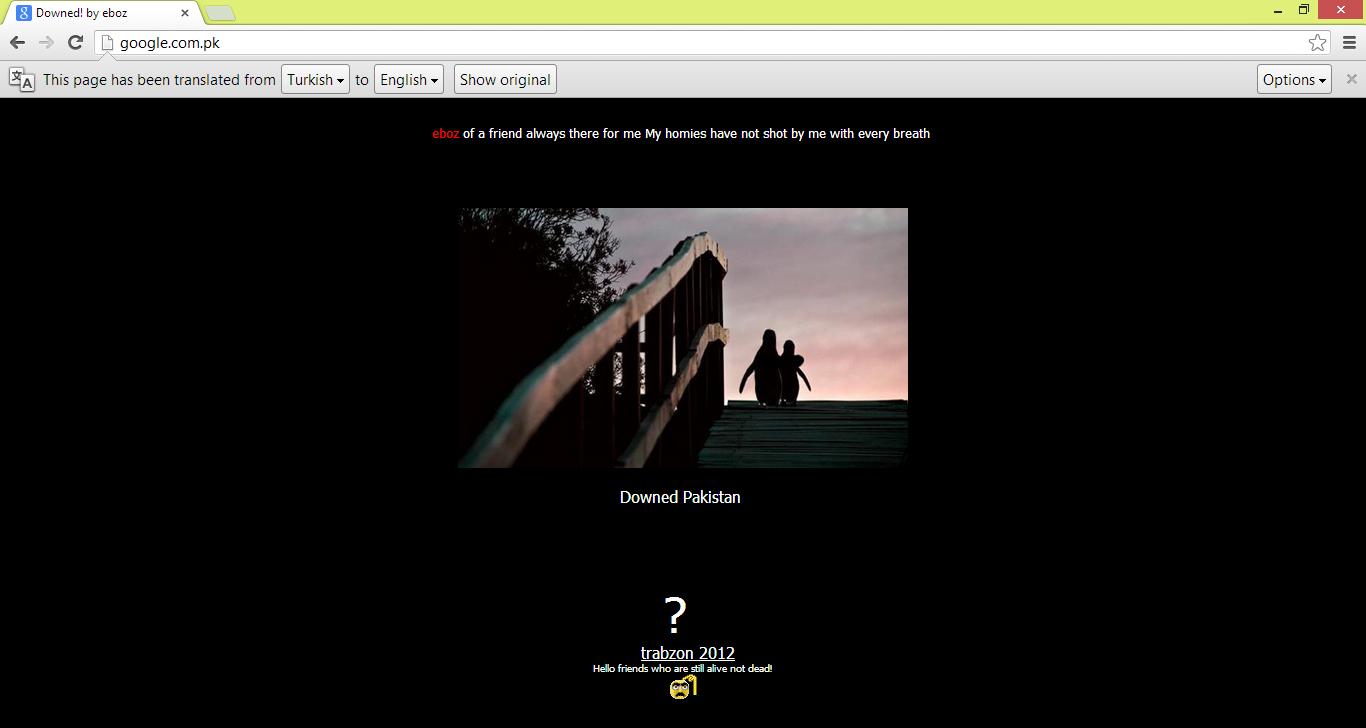 According to recent sources that on Saturday morning Turkish hackers hacked the websites of Google Pakistan, Microsoft Pakistan and other websites like yahoo. Google.com.pk is considered to be the biggest search website in Pakistan and thousands of users daily open this website.

This morning, users would not be able to open this website. This is only because of the Turkish hackers group. Moreover, we would like to mention that the Turkish Hackers removed the logo of Google and its search bar and also change the image by adding two penguins walking on the bridge along with the message in Turkish.

We would like to mention the English translation of this Turkish message that “Eboz of a friend always there for me. My homies have not shot by me with every breath.” In additionally, Turkish hackers also added with the word that Pakistan Downed which means that the home page of Pakistan has been taken down.

Because this problem, many users would not be able to open Google.com.pk and other websites. On the side of Google, this international website is still quite about this problem that why Pakistani google has been hacked. Well we never know that when this issue will be solve because almost 90 percent users use google.com.pk for their tasks.

Finally, we can say that this issue should be solve as soon as possible because it might happens that other websites will be hack by this Turkish hacker group.