All the Pakistan film lovers out there just get ready because Waar upcoming movie on Pak Soldiers is just going to get released very soon. There was a time when the Pakistani cinemas were just crowded because of the Indian films but 2011 was the year that brings about the revival in the Pakistani cinema. After the Shoaib Mansoor “Bol” there was a huge buzz about Bilal Lashari “Waar”. But finally the time of wait has been all ended! At last this film is all set to get released for all the awaited fans. This film has been production under the production company of Mind Works Media and has been served in company of joint collaboration of Inter Services Public Relations (ISPR).

This film Waar is already in big bash rumors because it has been stated out that this film will going to release by Warner Brothers. The actual budget involved in the making of the film is $2,000,000 (Rs170, 000,000). This makes this film as one of the expensive films of Pakistan. 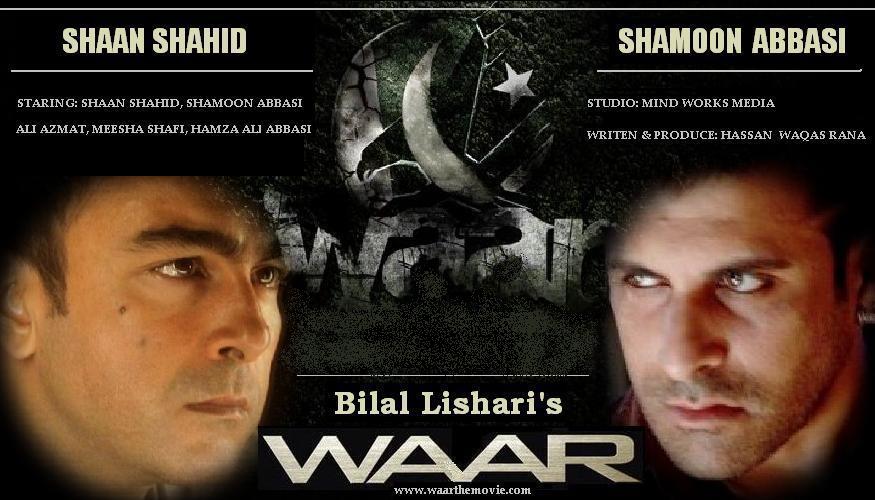 Bilal Lashari is one of the renowned names in the television industry. He has completed his graduation from Academy of Art University in San Francisco, USA. He has been even honored with the BFA in Motion Pictures and Television in 2008. In the music industry he has also worked with many top singers and musical bands adding with Abrarul Haq, Atif Aslam, Meekal Hassan Band, Jal and EP. He has also worked as a assistant with Shoaib Mansoor for the film “Khuda Ke Liye”.

Waar is a complete action packed and thriller film. Some of the cast of the film is capturing out Shaan Shahid, Shamoon Abbasi and Sadia Hayat Khan. As being based on the digital action impacts a lot of lightening and action sequences has been used that are definitely new and fresh for the viewers. The soundtracks of the film have been arranged by the Pakistani band named as “Qayaas”. The shooting of the film has been done in beautiful valleys of Lahore but some part of the film has been shot in Istanbul and Turkey.

By the end we would say that all the Pakistani film lovers out there if you really want your cinema to get revived one more time then don’t miss out watching this film. You will surely going to appreciate every single part of this film!