Carlos Molina has officially made the statement that Amir Khan made a mistake for fighting with me.  Carlos has been listed as one of the top boxers of United Nation and for the last few years he has been undoubtedly unbeaten in the boxing ring. Carlos has constantly taken hold over 17 wins that covers 7 knockout matches and now he believed that he will be defeating Amir Khan on 15th December and get completed with his 18 success.

Amir Khan Made A Mistake Fighting Me Carlos Molina 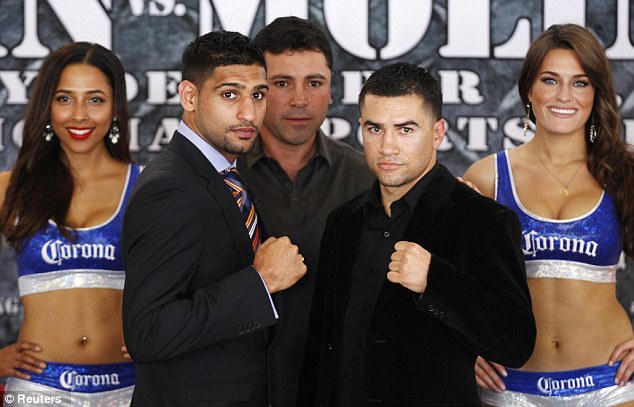 In a conference that was held yesterday it covers both the players and at that time Carlos stated the statements that this will be the biggest blunder of Amir Khan career for getting into fight with me. Amir Khan just gives a small smile over his face on this statement. In addition he further affirmed that this match has been taking place in his own birth place and this will be his party time for celebrating his success after defeating Amir Khan.

When Amir Khan was questioned about this statement he said that he is very much confident for this match and he is not sure not just sure for winning the title match but even surviving back his career as well. He has carried out many practice sessions as well and he is hundred percent sure that he will perform his best until the last minute of the match. Previously, Amir Khan has lost two matches last year and this is very important for him to win this match because this match will decide for his future in boxing universe.

He further said that this will be the comeback match for me and comeback matches are always tough for the players. But still hopes are rising for Amir Khan and his success and we are sure that he will never let down his fans and lovers.