When Brazil and Crotia will enter the dazzling battle field of Sao paolo on June 12 they will have no slighter idea that they will be playing with ball made by Gulshan and her colleagues working day night at the factory of Pakistan Sport’s factory in Eastern Pakistani city Sialkot.

Pakistan who is seen mad and over excited by cricket might not have that much ranking in Football history, as its 159th but it has been manufacturing great sports material for a long time. Pakistan has been supplying match ball to top football  champion Leagues as, the German Bondesliga.

Brands like Adidas has been working with factories and NGO’s which make sure of a check to prevent rought ball with low quality.Matching level upto mark of modern balls is a big deal. 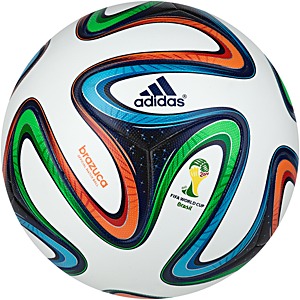 In Pakistan they take unskilled workers and then train them. Brazuka was designed after a controversy that dogged South Africa in 2010. So lets see where tge matches go with such excitement .