Mexico VS Cameroon Group A Match Live Score: With the first victory Brazil took the place but thats just not enough. More exciting battle fields to come as today Mexico and Cameroon come head to head in a shanny wheather climate. Yes the Sun would be high heated at 93 degrees.

While Mexico in history has been to quarter finals twice with coach like Miguel “El Piojo” Herrera. He left Club America for the national team last fall to rescue a campaigb, including four coaches in a matter of weeks. A big surprise here is Javier “Chicharito”Hernandez for sure to be off the bench at this event.Tough to know what to make of thus group. 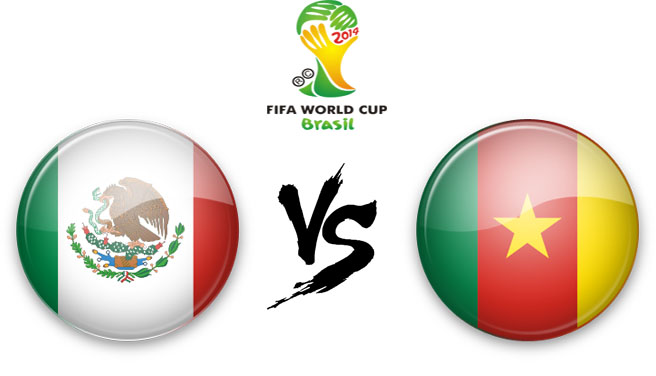 Cameroon on the ogher hand has is seventh appearance this year and its world cup record is 1-7-7. With Volker Finke as coach. Cameroon like mexico also made several coaching changes during campaign.They were badly beaten by Portugal 5-1 March, tied with Germany 2-2 few weeks back. So don’t know what could come next as a result.