Indian Cricketer Spot Fixing Scandal IPL 2013: Here we will discuss Indian cricketer spot fixing scandal IPL 2013. As we know that the concept and craze of IPL 2013 is on its peak. Few hours back, the whole cricket world was in great shock when Delhi police arrested the players of Rajasthan Royals named as Sreesanth, Ankeet Chavan and Ajit Chandila. 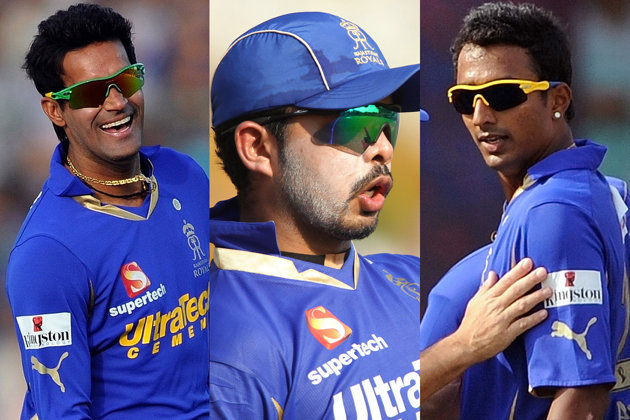 Along with these players, Delhi police also arrested the seven bookies. We would like to mention that this news is considered to be shock for every sports lover and even for the teams owners in IPL. All the three players such as S Sreesanth, Ankeet Chavan and Ajit Chandila from the Rajasthan Royals team. After this news, the officials of Rajasthan Royals team said that “a zero-tolerance approach to anything that is against the spirit of the game”, and India’s cricket board suspended the players. There has been no single word from the cricketers but according to the family of Sreesanth that he was innocent.

Moreover, we would like to mention that spot fixing includes the illegally rigging many parts of the match like the timing of the delivery of no-ball etc. According to Delhi police that they also arrested almost 11 bookmakers. For our readers, we would like to mention that the Rajasthan Royals team are captained by well known and talented Indian batsman Rahul Dravid and this team is owned by well known actress Shilpa Shetty and her husband named as Raj Kundra.

Furthermore, fast bowler Sreesanth has presented India in so many international games. Till now, he played almost 27 tests and 52 one day matches. On the whole after discussing Indian cricketer sport fixing scandal IPL 2013 it is easy to conclude that this shocking news will surely bring the negative image of IPL on an international level. If it remains continues then the popularity graph of IPL will goes down.