Legendary Pakistani Actor Comedian Lehri: Legendary actors of Pakistan Film Industry then we cannot forget to mention out the name of Sarfiullah Lehri. Safiurllah Siddiqui that is famously known as Lehri is counted amongst the distinguished and notable names of Pakistani Film Industry. 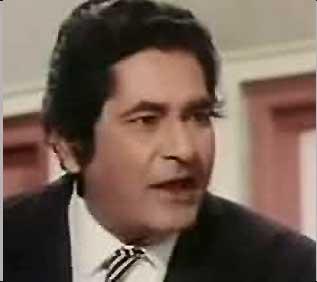 He was born in India on 2nd January, 1929. But unfortunately Lehri is no longer with us. He died on 13th September, 2012. He was spending several months in ICU and was severely ill for the past few years.

According to the reports he was surviving on the ventilator in the private hospital of Karachi but suddenly the 83 years old Lehri left us on Thursday morning.

During his stay in the hospital Nawaz Sharif also visited the Lehri and gave the check of Rs, 5 lakh.  All the politicians and famous actors belonging to film and television industry have grieved over the death of Lehri.

Lehri entered into the film industry in 1950 and it came to an end in 1986 due to his extreme illness. Lehri started his film career in 1950 but his first successful was “Anokhi” in 1956 whereas his last production film was “Dhanak” in 1986. There are many notable films that gave him a special recognition in the whole world. In simple words it was the end of his profession. When he left the film industry the Prime Minister Benazir Bhutto us give Rs.2,500 for his financial recovery.

Well on the whole after the brief discussion we can say that although it is sad news for the fans of Lehri and Pakistan film industry as well because the film industry has lost a valuable treasure forever because there could be no other actor like Lehri who can bring such smiles on the faces.

We can just say that this 83 years old actor has finally make us cry after making us smile so much. May his soul rest in peace. AMEEN……