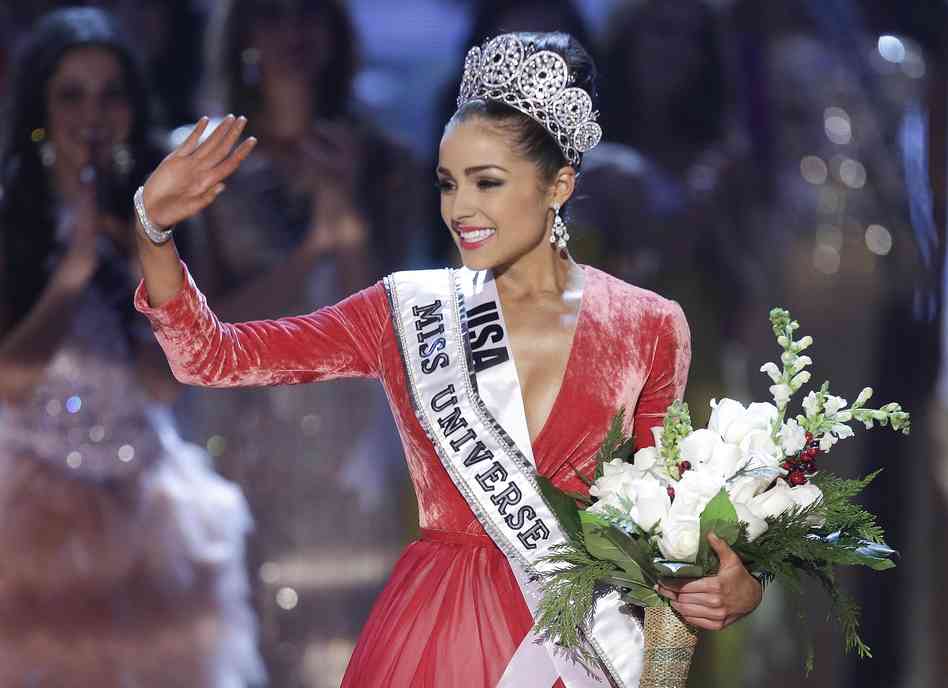 Such an ordinary and middle class girl that was known in this whole world before the event has now become one of the top famous personalities that are travelling on the minds of every single person. As the results were announced, Olivia Culpo walked on the stage with tears in her eyes. She was crowned with the last year Miss Universe 2011 Leila Lopes of Angola. Olivia Culpo is 20 years old. It was much obvious by some of the contestants that there are countless chances of Olivia Culpo too rule over this title because she was one of the strongest and tough contestants from the very first stage.

Olivia Culpo belongs to small city of America named as Boston. She is currently studying in Boston University but she was born and brought up in Rhode Island. This grand and memorable event was held in Los Vegas at “own Planet Hollywood & Casino”. It was the 61st edition of the competition. The entire show was undertaken with the hosting of Bravo’s Andy Cohen and E!’s Giuliana Rancic.

The whole show rested for maximum two hours until the announcement of the winner. This beauty contest was taking hold over 88 contestants and Olivia Culpo was said to be the simple and perfect looking contestant that has her own identity and personality. When she arrived in front of the media she revealed the fact that she didn’t feel regret over her this step. She feel proud that she make her nation to be proud of her and her family has even supported her hugely for taking part in this beauty contest.

Well as we have seen in the previous beauty contest winners that they started indulging themselves in social working. Let’s see that whether Olivia Culpo raise the name of her nation with shine and brightness. We just wish her with deepest congratulations and we hope that she will work better for the future of USA.